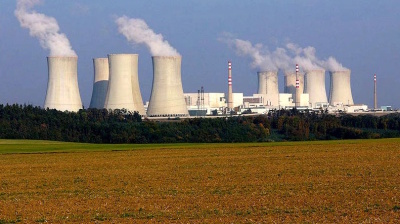 Poland is the only central European country without nuclear power. / Petr Adamek
By Wojciech Kosc in Warsaw January 25, 2022

Westinghouse is one of the companies looking to land a deal worth billions from the Polish government, which plans to build four to six reactors by the mid-2040s in order to reduce the carbon intensity of electricity generation. The first reactor is planned to go online in 2033, an ambitious schedule given cost and schedule overruns that have long plagued Europe's nuclear power projects in Finland or the UK.

Apart from the US company, Electricite de France and Korea’s KHNP are also in the race. Poland’s nuclear programme is worth at least PLN100bn (€21.8bn) overall, though some estimates double that figure.

So far, PEJ, the Polish company tasked with managing the project, has said that the first reactor will be built preferably in the community of Choczewo near the Polish Baltic Sea coast.

This year is expected to seal the location decision as well as the key step of the government picking the technology provider. EDR had already tabled its proposal in October; KHNP and Westinghouse are speculated to follow in the first quarter and by mid-2022, respectively.

“Westinghouse is ready to support Poland in achieving its energy policy goals. We will act on the basis of our experience in implementing investments in nuclear technologies around the world,” Westinghouse’s head in Poland Miroslaw Kowalik said in a statement.

“We want to provide Poland with the best technology for the implementation of tasks related to counteracting climate change, as well as to meet the energy needs of the Polish economy,” Kowalik added.

"We expect that over a half of the value of each nuclear power unit may come from Poland in terms of materials, labour, production, services," Westinghouse's vice-director for new plant projects Joel Eacker told the state newswire PAP.

Poland is the only central European country without nuclear power. Efforts to build one in the late 1980s were ultimately thwarted at the beginning of the 1990s by green groups and the anti-Communist opposition in the wake of the Chernobyl disaster.

Poland is currently sourcing over 70% of its electricity from burning coal and lignite, which makes Polish power production very emissions-intensive. According to the government’s long-term strategy, nuclear power and renewables – chiefly offshore wind – will reduce coal’s share in the energy mix to no more than 28% by 2040.

Poland is hoping that the ongoing dispute on the so-called EU’s green taxonomy – a set of rules detailing public support for projects to advance the bloc’s climate and sustainability agenda – will eventually result in the inclusion of nuclear power. That view is fiercely opposed by EU’s anti-nuclear power club led by Germany and Austria.

Russia denies defaulting on $100mn bond coupon payment
4 hours ago
A maze of smuggler tunnels: the Kyrgyzstan-Uzbekistan border
5 hours ago
Ukraine's Zelenskiy calls on the US to recognise Russia as a state sponsor of terrorism
5 hours ago
Amnesty International issues damning report on Lithuania’s migration centres
6 hours ago
At least a dozen killed in shopping mall bombing as Zelenskiy urges G7 leaders to impose more sanctions
6 hours ago