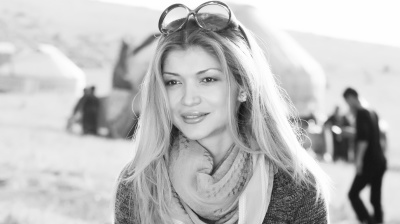 Karimova was once seen as possibly in line to inherit the presidency.
By bne IntelIiNews March 19, 2020

Gulnara Karimova, the jailed eldest daughter of late Uzbek President Islam Karimov, has been handed a prison sentence of more than 13 years after being convicted in a new extortion and embezzlement case, Uzbekistan’s Supreme Court said in a statement on March 18.

The new prison term will be calculated from August 2015, the Supreme Court noted. Karimova, 47, has been in a Tashkent prison since March last year for allegedly violating the terms of her house arrest—the house arrest was part of a five-year sentence she was given in 2015 on charges of embezzlement and extortion. In August, the Uzbek Prosecutor-General's Office said Karimova was accused of illegally purchasing state-owned shares in two Uzbek cement plants and then selling them to foreign business people. Karimova supposedly used threats to coerce the owners to hand over their companies.

Karimova was for years seen by many as her father’s likely heir until she was discovered to be the central figure in international corruption investigations. Court documents compiled by Swedish prosecutors asserted that Karimova used tactics of intimidation to wrest control of a major telecoms operator and turn it into a cash cow that she could draw on at her whim.

Leaked US cables on Karimova labelled her a “robber baron” who saw herself as “above the law”. They also referred to her as “the single most hated person in [Uzbekistan]”. Four years ago, shortly after the bribery probe was launched, Karimova disappeared from the public eye and was placed under house arrest.

Uzbek prosecutors previously said they were seeking to seize over $1.5bn in foreign assets including luxury properties held by Karimova.

Karimova asked President Shavkat Mirziyoyev to grant her a release, citing ill health and an urgent need for surgery.

In return, Karimova, said she would stop legally contesting the Tashkent government’s efforts to confiscate her $686mn in assets already frozen by authorities in Switzerland. The government had already confiscated $1.2bn worth of her assets, Karimova said. She has denied any wrongdoing.