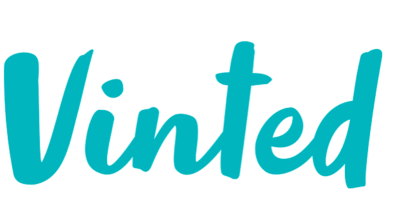 Lithuania-based Vinted has raised €128mn in its latest funding round, which values the company at over $1bn, making it Lithuanian's first ever tech unicorn
By Clare Nuttall in Glasgow November 28, 2019

Lithuania-based Vinted has raised €128mn in its latest funding round, which values the company at over $1bn, making it  Lithuanian's  first ever tech unicorn. The achievemet places it alongside four Estonian startups — Bolt, Playtech, Skype and Transferwise — in the exclusive club of tech companies from the region whose valuations have passed the $1bn mark.

“We’ve been impressed by the team’s ability to build an incredible product and value proposition for their community, and adapt and expand their business along the way. Vinted is defining its market and has built a global brand in C2C commerce and communities,” said Brad Twohig of Lightspeed.

“When we led Vinted’s Series A, we were intrigued by the company’s unique approach to creating a marketplace for buying and selling second-hand fashion and its remarkable early traction,” commented Luciana Lixandru, partner at Accel. “Since taking the helm, [CEO] Thomas [Plantenga] has steered the business to impressive growth, as it redefines the used clothes market, and Vinted’s very active community of members continues to grow.”

Currently, Vinted has 25mn members, and its website offers over 180mn second-hand fashion items for sale across 11 European markets. The company forecast that €1.3bn of gross merchandise volume is expected to be transacted this year.

In a press release emailed to bne IntelliNews, the company says the latest round of funding "will be used to invest in product development and to accelerate Vinted’s rapid growth across Europe”. Specifically, the company plans to double headcount in the product and technology teams; invest in technologies to continue to improve the value proposition for members; further strengthen trust, safety, and member-support services on the platform; and continue to grow and connect its strong pan-European member base.

“We want to enable people to sell faster and buy from a wider pool of products than any other platform in Europe – and at the lowest possible cost to our members. We hold firm to our belief that making them happy will power the growth of our member base, and we look forward to investing in advanced technology to make our proposition even more powerful for them. This funding will therefore directly benefit our members, driving improvements in product, technology, support, trust, and safety solutions,” said Plantenga, according to the company’s statement.

The company was founded in Vilnius in 2008 by Milda Mitkute and Justas Janauskas. As its website explains, Mitkute was “confronting an increasingly common problem in modern Europe — wardrobe overload. Milda was moving house but had too many clothes to take with her. Justas offered help and built a website with Milda, to give away her clothes to friends. The platform quickly became a success and grew organically, at first without any marketing investment.” The company is now led by Plantenga and COO Mantas Mikuckas — TechCrunch reports that Plantenga was brought in by investors when the company came close to running out of money in 2016, after which the business model was changed to make it cheaper for users to list their clothes and international expansion plans were scaled back.

Since then, the company says, it has successfully scaled its business across Europe and is well-positioned to accelerate this growth. It points out that revenue has increased fourfold over the past 17 months.

"This investment underlines the growing consumer appeal of second-hand fashion worldwide, with a market opportunity estimated at €13bn across Europe,” Vinted’s statement says.

Estimates by bne IntelliNews, based on trading data from the Comtrade database, shows that countries across Central, Southeast and Eastern Europe imported a massive 593mn kilograms of used textiles, mainly clothing, valued at $771mn in 2017 — and that’s not counting locally sourced clothing sold by local companies and individuals via channels like Vinted.

Despite the arrival of international retail chains in Central and Eastern Europe including western fast fashion giants Inditex, H&M and most recently Primark, as well as their Turkish rivals like LC Waikiki, the market for second-hand fashion is growing. This is partly because incomes in the region, albeit rising fast, are still low compared to developed countries so while consumers want to emulate the lifestyles they see in western countries, in many cases they can’t yet afford new high quality items. Instead, they rely on imports of used goods from Western Europe, the US and other developed economies. Even the fast fashion seen as cheap and disposable by western shoppers is relatively high priced for their counterparts in the East.

This has sustained the market for second-hand clothing that started to thrive in the years immediately after the collapse of communism and experienced a dramatic growth spurt amid the boom of the mid 2000s. And unlike the markets for higher priced new consumer goods, demand for used clothing continued going strong through the international economic crisis and — despite a dip in 2013 — has persisted in the last few years too.

On top of this, there is growing awareness of the huge environmental footprint of the fashion industry, and more interest in sustainable fashion including vintage and second-hand.

We are approaching an inflection point in the market for second-hand fashion; consumers around the world are becoming increasingly conscious of their buying choices,” Plantenga said. “We’re grateful to our new and existing backers who believe in our mission to make second-hand the first choice worldwide. Today’s investment is an endorsement of the future market opportunity and of our approach to maximise value generation for our members.”

The news of Vinted’s unicorn status was warmly welcomed within Lithuania, with the Lithuanian foreign ministry tweeting: "@vinted, an online used-clothing retailer, raised 128 million euros ($140 million) in a funding round that valued it at more than 1 billion and became #Lithuania's first tech #unicorn.”

Research presented by Startup Lithuania earlier this month finds that 2018 was a record year for venture capital Investments in the Baltic states, with a total of €534mn raised by companies in the region, up from €411mn in 2017 and €111mn in 2016.

Until the new funding round for Vintech, Estonia – which the report notes has “vastly bigger” venture capital resources Latvia or Lithuania – was the only country that had created tech unicorns, accounting for one-third of the total unicorns in the CEE region.

Across the region over €1.5bn worth of venture capital has been invested since 2013, with the largest share going to Estonia. However, Lithuania also performs well in regional comparison; the country ranks #4 in CEE and #2 in the Baltics in terms of invested venture capital.

However, the report adds, “Looking at the so-called rising stars – companies that show the growth of a potential future unicorn – Lithuania and Latvia show a fast-growing number of these startups. This a clear sign that the startup ecosystem in these countries is quickly maturing.” The study was prepared by Contrarian Ventures, Startup Lithuania, Koinvesticinis fondas, TGS Baltic and dealroom.co.