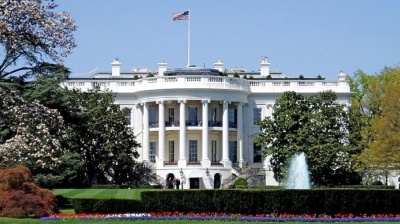 US President Joe Biden signed an executive order on June 8 that foresees additional sanctions that target individuals who threaten the peace and security or are engaged in serious human rights abuse in the Western Balkans, the White House announced.

The new decree is a sign of an increased engagement of the US in the Western Balkans.  The clear message is that there will be also no tolerance for corruption, which will be sanctioned in the same way as political destabilisation.

It also underscores the US commitment to implementation of the post-war agreements and institutions established following the breakup of the former Yugoslavia.

The original executive order (E.O) as well as criteria to address challenges such as corruption and other actions that obstruct key institutions and international agreements was passed in June 2001.

“Today’s E.O. provides additional sanctions authorities, including to target individuals who threaten the peace, security, stability, or territorial integrity of any area or state in the Western Balkans as well as those responsible for or complicit in, or who have directly or indirectly engaged in, serious human rights abuse in the Western Balkans, among other things,” the White House said.

According to the White House, the order expands the US’ ability to target actors engaged in acts that obstruct or threaten the implementation of any regional security, peace, cooperation or mutual recognition agreement or other mechanism related to the six Western Balkans countries.

The novelty in the new order is that it covers the implementation of the 2018 Prespa Agreement that solved the name dispute between Macedonia, now North Macedonia, and Greece, as well as the Conclusions of the Peace Implementation Conference, which relates to Bosnia & Herzegovina, and the International Residual Mechanism for Criminal Tribunals, which is the successor to the International Criminal Tribunal for the former Yugoslavia.

The decree also targets individuals involved in significant corruption in the Western Balkans and throughout the world.

The property of people in the US designated pursuant to the E.O. will be blocked and US citizens will be banned from engaging in transactions with them.

“In addition, individuals sanctioned under this E.O. will be banned from entering the US or holding a US visa,” the White House said.

Among the politicians from the region already sanctioned by the US are Milorad Dodik, the Serb member of Bosnia’s tripartite presidency. The US department of the treasury’s Office of Foreign Assets Control (OFAC) imposed sanctions against Dodik, at the time president of Bosnia’s Serb entity Republika Srpska, in January 2017 after he held Republic Day celebrations earlier that month despite the event being banned by Bosnia’s constitutional court. The sanctions were confirmed the following month after the administration of US president Donald Trump took office.

From North Macedonia, the US has sanctioned Menduh Thaci from the Democratic Party of Albanians (DPA) and former interior minister Ljube Boskoski, who spent three years in The Hague detention centre, but was released in 2008 and acquitted of all charges of violations of the laws or customs of war during Skopje’s conflict with ethnic Albanians in 2001. A dozen other ethnic Albanians are also on the list, some of them because of connections with ISIS.

In Kosovo, the White House sanctioned Naser Kelmendi for drug trafficking, along with his sons Elvis, Liridon and Besnik, and his brother Becir. They own a number of businesses in Bosnia, Montenegro, Serbia and Kosovo including hotels and a trucking company.

Last month, the US announced sanctions on former Albanian president and prime minister Sali Berisha due to his involvement in “significant corruption”. His wife and two children are also banned from travelling to the US. Berisha responded by saying he would sue US Secretary of State Antony Blinken, accusing the diplomat of slander and public defamation.

Elsewhere in the region, earlier in June US Department of Treasury announced on June 2 it is sanctioning Bulgarian businessmen Delyan Peevski and Vassil Bozhkov as well as several former public officials over their involvement in significant corruption. This has already had repercussions within Bulgaria, where the caretaker government said it will compile a list of individuals who have been or could be sanctioned by the US and ban all public institutions from working with them.

The announcement that the businessmen and officials will be sanctioned is also seen as contributing to the recent fall in the popularity of former prime minister Boyko Borissov’s Gerb party. Borissov ruled Bulgaria for a decade, but his reputation has been tarnished by numerous scandals during his third term in power, which are now being unveiled by the caretaker government.