US sanctions Bulgarian officials and businessmen over involvement in significant corruption 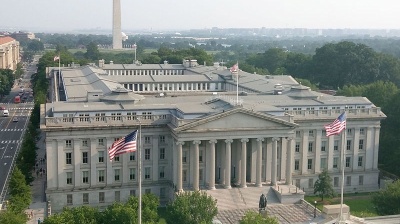 The US Department of Treasury announced on June 2 it is sanctioning two of Bulgaria’s most controversial businessmen – Delyan Peevski and gambling mogul Vassil Bozhkov – as well as several former public officials over their involvement in significant corruption.

The move — the single largest action targeting corruption to date — comes amid protests against Bulgaria’s chief prosecutor Ivan Geshev who has been accused of protecting Peevski and top politicians from the former ruling Gerb party and the ethnic-Turk Movement for Rights and Freedoms (DPS), of which Peevski is a member, while putting pressure on their opponents.

“The Administration believes corruption degrades the rule of law, weakens economies and economic growth, undermines democratic institutions, perpetuates conflict, and deprives innocent civilians of fundamental human rights, and today’s action — the single largest action targeting corruption to date — demonstrates the Department of the Treasury’s ongoing effort to hold accountable those involved in corruption,” the Department of Treasury said in a statement.

The US also sanctioned former economy minister Alexander Manolev, former director of the state agency for Bulgarians abroad Petar Haralampiev and the agency’s former chief secretary Krasimir Tomov, as well as Ilko Zhelyazkov who is deputy head of the unit for control of the use of special investigative devices.

“In  their  official capacities … Manolev, Haralampiev, and Tomov were involved in corrupt acts that undermined the rule  of law and the Bulgarian public’s faith in their government’s democratic institutions  and public processes, including by using their political influence  and official power  for  personal benefit,” the treasury department said in a statement.

It added that in his role of MP, Peevski used Zhelyazkov “as an intermediary and accomplice to peddle influence and pay bribes to protect himself from public scrutiny and to exert influence over key institutions and sectors in Bulgarian society”.

“The Department of the Treasury also has designated Peevski, Zhelyazkov and Bulgarian oligarch Vassil Bojkov, along with 64 entities owned and controlled by Bojkov and Peevski, for their roles in public corruption, pursuant to Executive Order 13818, which builds upon and implements the Global Magnitsky Human Rights Accountability Act,” the statement noted.

Members of the families of the six people were also designated.

“This action renders Manolev, Haralampiev, Tomov, Zhelyazkov, and Peevski, and each of their immediate families, ineligible for entry into the United States,” the statement reads.

According to the US, the list also includes a current political leader and the former chairman of the now-abolished State Commission on Gambling (SCG).

“Bojkov also planned to provide a sum of money to a former Bulgarian official and a Bulgarian politician earlier this year to help Bojkov create a channel for Russian political leaders to influence Bulgarian government officials,” the statement noted.

Peevski was accused of regularly being engaged in corruption, using influence peddling and bribes to protect himself from public scrutiny and exert control over key institutions and sectors in Bulgarian society.

“Peevski also engaged in corruption through his front man Ilko Dimitrov Zhelyazkov …  Peevski used Zhelyazkov to conduct a bribery scheme involving Bulgarian residency documents for foreign persons, as well as to bribe government officials through various means in exchange for their information and loyalty,” the statement says.

“Zhelyazkov also blackmailed a potential Bulgarian government minister with criminal charges from Bulgaria’s Prosecutor General’s office if the minister did not provide him further assistance upon appointment,” the statement reads.

The news on the US largest Global Magnitsky action provoked strong reactions in Bulgaria where people for years protest against corruption and seek to restore rule of law.

“I read with eyes wide open and I wonder is this really the beginning of what we are waiting for years,” Mariana, ski instructor, says.

Meanwhile, Hristo Ivanov, one of the leaders of reformist Democratic Bulgaria, said this was a friendly gesture towards Bulgarians by the US government.

“Peevski and Bozhkov participate in an enormous corruption scheme which should be unraveled, and Borissov to disappear from the political stage,” Ivanov said during a protest demanding Geshev's resignation.

“The boy [Delyan Peevski] sold out everything (official) and disappeared. The big challenge is to not replace one oligarch with another,” Vladislav Panev, prominent member of Democratic Bulgaria, commented, referring to rumours that Peevski has sold all his businesses in Bulgaria and moved to an unknown country.

Meanwhile, Bulgaria’s foreign ministry issued a statement, saying it was ready for further dialogue with the US.