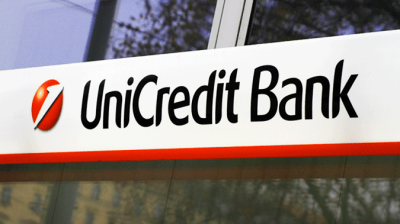 Against the backdrop of fierce rhetoric between Russia and the United States, including threats of sanctions being levelled against Russian banks, one of the largest ever transactions in the Russian market is being prepared.

It comes in the form of the sale of Otkritie Bank, a systemically important lender and Russia’s seventh-biggest bank overall. The bank nearly went bust in 2017 and was taken over by the Central Bank of Russia (CBR), but as bne IntelliNews reported, its transformation has finished, and now it is the fastest growing bank in the sector the regulator is getting ready to sell it. Interest in this event outside Russia is driven by both the size of the deal and the attention it has attracted from unlikely players – foremost among them Italy’s Unicredit Group.

UniCredit’s CEO is pursuing a policy of exploring M&As to improve profitability, and Otkritie appears to be a serious contender. Bloomberg reports that UniCredit has already hired a consultant to review the balance sheet, citing unnamed sources with knowledge of the matter. The audit is reportedly due to be completed within a few weeks.

Swimming against the tide

This kind of foreign investment was booming in the mid-2000s, when high oil prices, new business opportunities after the collapse of the Soviet Union, and a fast-growing economy lured foreign money and banks to the Russian market on an unprecedented scale. Now, though, experts doubt that Western financial groups will return to Russia.

“The share of foreign banks in Russian system-wide assets has been gradually declining over the past decade from about 18% at the beginning of 2011 to 11% by 2021-end,” said Sergey Voronenko, director of financial services at S&P Global Ratings. “The Russian banking sector in the coming years will continue to be dominated by state-owned banks, while the competitive landscape will remain pretty challenging,” he added.

An increasingly adverse operating environment is one significant factor behind the exit of large multi-nationals from Russia. “I think the reasons why foreign banks have decreased operations in Russia are partly of a political nature,” explained Sergey Suverov, a strategist at Russian investment fund Aricapital. “Geopolitical risks and sanctions have discouraged foreign banks. But there are also some economic reasons. It’s difficult for foreign banks to compete with state banks like VTB and Sberbank. Competition is still a serious risk, and that’s why Russian companies prefer to deal with Russian state banks rather than with foreign banks. This is also the reason for foreign banks decreasing their Russian operations,” Suverov said.

Indeed, foreign lenders have recently been decreasing their exposure in Russia in response to compliance risks, sanctions and political sensitivities. Deutsche Bank and Morgan Stanley are among the big banks that have scaled back their local presence. Meanwhile, less than 1% of Russian businesses now have foreign shareholders, according to business services provider and consultancy Kontur.

In this respect, UniCredit is an exception. Its involvement in the Russian market goes back to 1989, when it set up under the name Moscow International Bank, becoming the first bank in the USSR with mostly foreign capital. Rather than reducing this exposure, the bank has grown it in recent years. According to a filing by UniCredit, the bank’s Russian division generated €384mn of revenue in the first nine months of 2021.

But it seems that the potential buyers are not themselves entirely convinced of their determination to increase investments in the Russian market. The group did not respond to a request for comment on the question of falling foreign investment in Russia. The question of how sensitive the bank considers the risk of sanctions was also left unanswered.

The group’s shareholders don’t appear to be sold on the idea of closer integration with Russia either: UniCredit fell on the Milan market for two consecutive days following the publication of the Bloomberg article which reported the bank’s interest in acquiring Otkritie.

This lack of enthusiasm is unsurprising. The risks of increasing exposure to the Russian market just as the Kremlin attempts to insulate the Russian economy against dependence on foreign money are considerable.

“I think UniCredit is interested in expanding operations in Russia, but there may be obstacles at some point to buying Otkritie,” Suverov speculated. “Also in the current political environment it’s difficult to imagine that foreign banks will expand in Russia,” he added.

Rumours of transactions involving European capital periodically crop up, but in reality such deals are vanishingly infrequent. The much-vaunted interest of Hungary’s OTP Group in the Russian subsidiary of Home Credit did not come to fruition, with the group officially pulling out of the sale on 19 January, reportedly dissuaded by geopolitical risks.

Suverov considers that the cases of UniCredit and OTP are comparable. “These are almost of the same nature. Indeed, OTP Bank was said to have an interest in Home Credit, but I think there were some obstacles of a political and business nature in the takeover of Home Credit. The latest information is that Sistema is the frontrunner to take over Home Credit.”

A similar situation is rumoured to be on the cards for Otkritie, with the CBR (which currently owns 100% of the shares) favouring an IPO or sale to a Russian player over a merger with a foreign company. Russian political circles have historically held the position that structurally significant assets should not be controlled by foreign players where avoidable.

If these obstacles were not enough to dissuade foreign investors, the current geopolitical environment is also far from conducive to a deal. At the beginning of the year, a group of US senators led by Democrat Robert Menendez introduced a bill on sanctions against Russia's attack on Ukraine. The document outlines restrictions on Russian President Vladimir Putin, Prime Minister Mikhail Mishustin, other members of the government and senior figures in the armed forces, as well as a number of large banks. A spokesman for the US National Security Council has said that it supports the initiative.

More recently, an even tougher “the sanctions from hell” bill was introduced that specifically targets a list of top Russian state and privately owned banks. US President Joe Biden went one step further during a press conference on January 20, suggesting that selected Russian banks would be cut off from the US dollar, presumably by adding them to the SDN (Specially Designated Nationals) sanctions list.

The Kremlin has responded by saying that such actions could lead to a complete rupture of relations between the two countries.

“The shape, likelihood and timing of additional restrictions are uncertain, since they stem from Russia's foreign policy actions and developments in the US political landscape, both of which are difficult to predict,” said Voronenko of S&P Global Ratings. “Our base-case scenario remains that the Russian economy and financial system could absorb shocks associated with some moderate tightening of sanctions, for example, against selected corporates and non-systemic financial institutions. One of the main arguments in favour of this scenario is Russia’s tested commitment to prudent macroeconomic management and its exceptionally strong external and public balance sheets.”

But if risk to the economy is hedged, and the financial system can survive on domestic operations, the opportunities for foreign banks to find profits in Russia would still be drastically scaled back by any sanctions – particularly in relation to import/export and FX activities. With Otkritie Bank present on the list of sanctionable entities put forward by US senators, it seems highly doubtful that this deal is the opening which UniCredit has been looking for.

KYIV BLOG: Pragmatic appeasement vs doing what is right
Russian bond defaults could soar after US lets payment exemption expire
Meet the latest Russian tycoon to be promoted to the Premier League

Explainer | Why Tajikistan’s Pamiris don’t trust their government
22 hours ago
Meet the latest Russian tycoon to be promoted to the Premier League
1 day ago
Ruble falls to below RUB60/$1, putting pressure on the Russian budget in 2022
1 day ago
Belarus announces next stage in “surprise inspection” of its armed forces
1 day ago
Poland expected to avoid hard landing
3 days ago