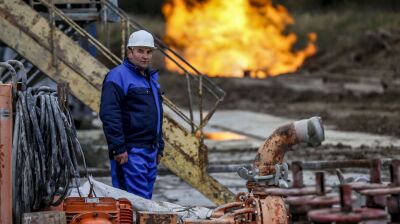 The IMF insisted household tariffs were raised to market levels as part of the reforms process, so capping prices will not go down well with the multilateral lender
By Ben Aris in Berlin January 14, 2021

The Ukrainian government will cap natural gas price for households in a move that may further jeopardise the country’s co-operation with the International Monetary Fund (IMF), Bloomberg reported on January 13.

Increasing gas prices on the domestic market, especially to retail customers, was a key demand of the IMF; however, after promising the reform the government reneged on its promises several times in the past.

As a legacy of Soviet days, when the state provided utilities, essential services and particularly heating, for free, introducing a cost has been a painful reform, as it is widely resented by the population that views free heating as a right rather than a necessity.

However, the increasingly cash-strapped government finally bit the bullet and put the reform through, transforming the natural gas company Naftogaz from a huge drain on the budget to the biggest tax payer in the country.

Naftogaz Group paid UAH141.5bn ($5.08bn) to the state and local budgets in January-December 2020. This includes part of the dividends for 2019 – UAH39.6bn – as well as taxes and payments arising from Ukrnafta's tax debt settlement.

Now the government seems to be back-tracking again and will cut gas prices below market from February until restrictions linked to the coronavirus (COVID-19) pandemic are lifted or until this heating season ends, Prime Minister Denys Shmyhal told a weekly Cabinet meeting broadcast online.

“Market prices are too high today, especially given the pandemic,” President Volodymyr Zelenskiy said in a separate statement on his website. Prices will be reduced by 30%, he added.

The move is designed to shore up Zelenskiy's popularity, which has been waning in the last year as he fails to deliver on most of his campaign promises to end the war in the east and stamp out corruption amongst other things.

The IMF has de facto suspended Ukraine’s $5bn stand-by agreement (SBA) after the Constitutional Court nixed a raft of reform laws that were put in place at the IMF’s insistence. Ukraine received the first $2.1bn tranche in June but second $700mn tranche due in the autumn never appeared.

In the first week of this year the IMF promised to send a new assessment team, which is a pre-requisite for a new tranche, but analysts are not expecting the SBA programme to resume until the summer.

Tim Ash, senior sovereign strategist at BlueBay Asset Management, speculated that Ukraine’s oligarchs are behind the move as part of an effort to end the inconvenient relations with the IMF.

“Thinking aloud here, but I think Ukraine’s old corrupt elites are once again using the gas price card to scupper the IMF programme. Why might you ask?” Ash said in an email to clients. “Because they don’t want to adopt all the anti-corruption legislation the Fund are asking them to re-introduce – the stuff around asset declarations and the National Anti-Corruption Bureau of Ukraine (NABU). And they think by creating a fight with the Fund over energy pricing they will win popular support and then can pretend that the break with the Fund is about energy prices and fighting poverty rather than really about their unwillingness to fight corruption.”