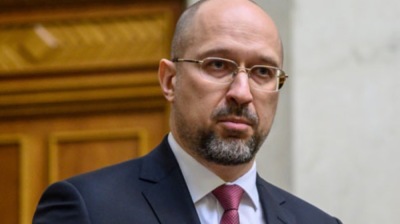 Prime Minister Denys Shmyhal caused a short flurry when he inadvertently said Ukraine would “restructure” its external debt when he meant to say “refinance” during a TV interview on March 23.

The government has been at pains to downplay speculation that it will be unable to meet some $4.1bn of debt obligations this year despite having failed to secure a $5.5bn Extended Fund Facility (EFF) deal with its main donor, the International Monetary Fund (IMF).

As bne IntelliNews reported, the IMF deal was agreed in principle in December but has not yet been signed due to foot-dragging on reforms: specifically, the Rada has not passed a law that would prevent the state returning Privatbank that was nationalised in 2016 to its previous owner, oligarch Ihor Kolomoisky, which is a must-have for the IMF. However, talks are underway to increase Ukraine’s deal to $9.5bn with an initial payout of some $2bn to deal with the impact of the coronavirus (COVID-19) pandemic.

Shmyhal was on TV to reassure the public and investors that the Ukrainian government “sees no grounds for restructuring state debt” and urged the public not to speculate on debt policy, the cabinet said in a special press release issued at 1 a.m. on March 24.

The National Bank of Ukraine (NBU) has just burnt through some $2bn of its $26.6bn in reserves in about 10 days due to panic buying of dollars by residents.

“Ukraine is better prepared for the potential crisis than in 2008. We have significant reserves, high bank liquidity and much better macroeconomic indicators,” Shmyhal said in the press release.

The release was issued several hours after Shmyhal commented on the subject on a television talk show. “We indeed have to restructure [external debt]. And we have started negotiations with our international partners … Today we are doing the same things that all developed countries are doing: we are competing for cheap financing for our budget,” Shmyhal said.

“From the context of Shmyhal’s comments, it looks like he did not mean restructuring, but refinancing. And the blizzard reaction of the cabinet’s press service to prime minister’s random phrase is a positive sign: the government looks really determined to avoid even any hints of the non-fulfillment of state debt obligations. Of course, the only way to fulfill them is to deal with the IMF. Here, the biggest challenge will be the Ukrainian parliament’s ability to pass a bill that will prevent the return of failed banks into the hands of their former owners. In essence, this is the ability of Parliament to challenge Ihor Kolomoisky,” Alexander Paraschiy of Concorde Capital said in a note.