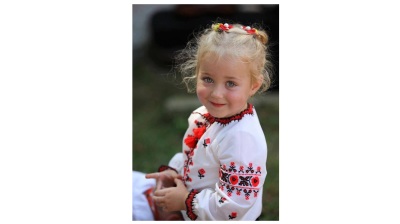 Ukraine’s population shrank by up to 5mn to 37.29mn according to a new census
By bne IntelliNews January 23, 2020

Ukraine’s population fell behind that of Poland for the first time as an electronic census revealed the number of citizens has dropped by some 5mn people to 37.289mn since the last census in 2000.

Poland’s population was 37.98mn in 2018, according to Eurostat. The new Ukrainian number does not include the Crimea or Donbass regions, which would add roughly another million people if they were returned to Ukraine.

The result is 5mn less than the figure that the state statistical service produced in 2000 of 42.2mn, based on births and deaths  (and also excludes Crimea but not the Donbass). If the population of the Donbass is subtracted from this number then the population has shrunk by about 3.5mn in the last two decades.

The size of the population has been a matter of speculation for several years. Ukrainian President Volodymyr Zelenskiy promised to hold a census in 2020 as part of his election manifesto but cut some corners and held an electronic census last year instead.

Rather than organise a traditional comprehensive census, the government chose to count heads using cell phone usage and other indicators and it is not clear how accurate the results are, say experts.

The census was organised and carried out by Cabinet Secretary Dmitro Dubilet, the former CTO of Privatbank when the bank was still in the hands of oligarch Ihor Kolomoisky, and son of the bank’s former CEO Oleskandr Dubilet.

Another factor pulling the population number down is that at least 5mn Ukrainians have left the country to find work abroad. Again, the number of expat Ukrainians is not clear but Poland is thought to host 2mn and Russia some 3mn. Another half a million are estimated to be working in Czechia and Hungary.

President Zelenskiy has launched a number of incentive programmes to entice the migrant workers to come home. Real incomes rose 10% last year, but wages remain the second lowest in Europe.