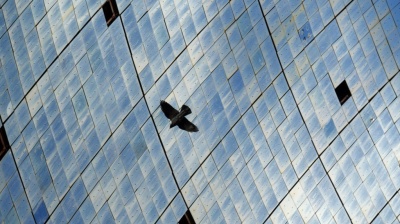 Ukraine has some of the most generous tariffs for green energy, but the government thinks they are too generous and wants to cut them.
By bne IntelliNews March 12, 2020

Support for wind and solar farms will be slashed and may prompt a raft of lawsuits from irate investors if cuts are enacted retroactively.

Ukraine’s renewable sector has been booming as investors rushed in to take advantage of generous tariff deals introduced by former president Petro Poroshenko. Investors pumped some $4.5bn into the sector in numerous projects scattered around the country. Power generation from renewables surged to 6,328MW at the end of last year from 981MW just a few years ago, with solar plants showing the biggest increase. The government joined the pan-European trend as it is also keen to reduce its dependence on Russia gas supplies for energy.

But the new government under President Volodymyr Zelenskiy is worried that the green tariffs are too generous and have distorted Ukraine’s energy market. In justifying its decision to reduce the subsidies the government said it is concerned about the stability of the grid, which is struggling to absorb flows that fluctuate with the weather.

“We expect to see arbitrations,” Georg Scherpf, an attorney at the Hamburg office of Luther law firm that represents clients in Ukraine in the renewable energym told Bloomberg. “These companies don’t want to pick a fight. They had expectations that they would invest in a country like Ukraine on the basis of promises that they would receive certain subsidies for a specific period of time. Now there is this threat of their entire investment decision being retrospectively eroded.”

The government has yet to make a final decision, but it is also clearly moving towards reducing the rates. If it does then investor confidence will be further eroded after a highly unpopular March 4 government reshuffle which saw most of the technocratic ministers replaced. The shake-up has left investors worried the pace of reforms will slow.

Still, the government is attempting to negotiate with investors into the renewable sector. On February 27, the ministry suggested that existing solar farms take a voluntary 12.5% reduction in the feed-in tariff. It offered a five-year extension in power-purchase agreements for those who take a 15% to 25% reduction in the fee, reports Bloomberg.

Wind projects would get a 5% tariff cut without a power purchase agreement (PPA) and a 10% cut for a five-year extension on a purchase agreement. The longer-term deals would give developers more certainty the government won’t seek to revise the terms again.

To put pressure on developers to accept those terms, the ministry also proposed adding a responsibility to the wind and solar farms to curtail their output during times when the grid is imbalanced. Those companies that reject the voluntary reduction would face a 100% cutback under that programme.

Companies agreeing to restructure their contracts would have responsibility for imbalances starting in 2022 along with a priority to feed into the grid and limits on uncompensated curtailments.

The government has been taking a hard line with proposed reductions and indicates it is prepared to go to court over the issue. Deputy Energy Minister Kostyantyn Chyzhyk was cited saying that Ukraine has a 90% chance of winning in a dispute if it goes to arbitration.