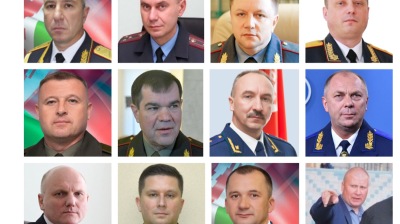 The UK and Canada imposed sanctions on Belarus' self-appointed President Alexander Lukashenko, his son Kolya and six other top officials.
By Ben Aris in Berlin September 30, 2020

The sanctions include asset freezes and visa bans. Lukashenko is the first world leader to be targeted by a new UK Global Human Rights sanctions regime that is part of London's adoption of the so-called Magnitsky laws.

“Alexander Lukashenko’s regime is responsible for a string of human rights violations against opposition figures, media and the people of Belarus in the wake of rigged elections,” Foreign Secretary Dominic Raab said in the British government’s statement. “Despite numerous calls from the international community, he has refused to engage in dialogue with the opposition, choosing instead to double down on his violent repression.”

Raab said that the sanctions were imposed “in response to the torture and mistreatment of hundreds of peaceful protestors.”

The Canadian Minister of Foreign Affairs François-Philippe Champagne said his nation was standing “in solidarity with the people of Belarus as they struggle to restore human rights and achieve democracy in their country.” 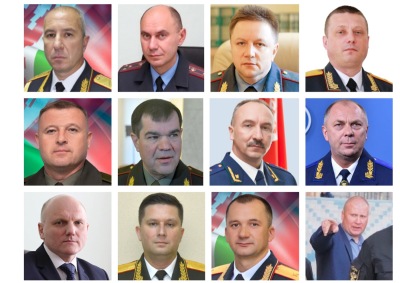 The UK and Canadian sanctions follow on from sanctions imposed by Lithuania and Poland. However, the UK and Canadian sanctions highlight the fractious nature of the EU’s response to the Belarusian political crisis. While there have been strong statements of condemnation from the EU, it has failed to come up with a co-ordinated response and failed to pass a motion to impose sanctions last week. A motion for sanctions was vetoed by Cyprus, which has deep economic ties with Russia. The EU needs unanimity to pass sanctions legislation, giving every country in the union the right of veto.

French President Emmanuel Macron met with opposition leader Svetlana Tikhanovskaya in Vilnius on September 29 and promised to "do everything I can" to support the protest movement, but there seems to be little he can do other than make a show of solidarity. German Chancellor Angela Merkel is also due to meet with Tikhanovskaya later this week.

The personal sanctions will have little effect on Lukashenko or his lieutenants, who have few assets in the West if any, and unlike their Russian and Ukrainian peers do not travel there regularly or own houses in London.

Analysts were scathing of the new sanctions, which smack of “we must do something” but fail to do anything effective. So far there has been no talk of imposing sanctions on Belarusian sovereign debt – sanctions that have been applied to Russia – that would materially impact the Belarusian government, which is already rapidly running out of money.

“Pretty meaningless,” said Tim Ash, senior sovereign strategist at BlueBay Asset Management in a note, commentating on the UK and Canadian sanctions. “If the West wants to make an impact it should sanction new issuance of sovereign debt by Belarus. This will force Russia to pay the full cost of its intervention in Belarus. It’s a bit perverse that while Western governments don’t like the Lukashenko regime they still allow Western investors to bankroll him.”

Lukashenko has already had debts of $1bn to Russia rolled over and another $1.5bn of debt to Russian state-owned entities refinanced by Russian President Vladimir Putin. But it has had no new cash and has some $3bn of debt obligations to meet this year, which currently it can only pay from its rapidly dwindling hard currency reserves. Sanctions on Belarus’ sovereign debt would be crippling.

The momentum to impose sanctions on top officials still working to help Lukashenko maintain his regime in the face of almost universal protests by the population is gathering pace.

Following Lukashenko's secret inauguration on September 23 a total of 274 parliamentarians from 29 countries sent Lukashenko a letter condemning his crackdown and specifically named several top officials as sharing the blame for the violence; a clear indication that they would be targeted by sanctions as well.

Former English teacher and nominal victor in Belarus’ presidential election Svetlana Tikhanovskaya was in Brussels last week to meet with top EU officials and also said that she supports targeted sanctions against top Lukashenko officials, although she is against general sectorial sanctions, as they “might harm innocent people”.

The protesters have been documenting the abuses of police and using face recognition software, developed by Belarusians abroad, to identify officers, even if they are wearing masks, and adding their names to blacklists. The Nexta Telegram channel, that has been co-ordinating the protests and is the mouthpiece of the masses, called on officers to quit, promising them amnesty if they do so. According to unconfirmed reports on social media some 200 officers have already quit.

A series of “blacklist” websites have been set up listing the names and personal details of the employees of the Interior Ministry and police that have been doxxed. In addition, hackers calling themselves Cyber Patriots hacked the ministry, stole the entire list of employees and are threatening to publish the names if Lukashenko doesn't stand down. They have already released 2,000 names.