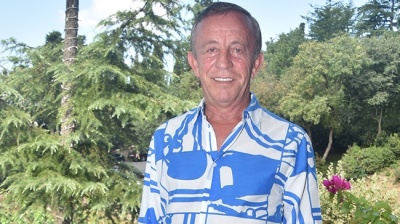 Turkish real estate tycoon Ali Agaoglu has put his seven luxury cars—including a Rolls Royce Phantom, Bentley Flysuper and Bentley Mulsanne—up for sale with his company struggling against the consequences of the ailing housing market in Turkey, news portal Diken has reported.

Agaoglu, known for his lavish lifestyle, launched a number of projects mostly in Istanbul to build tens of thousands of homes, offices and commercial units amid the country’s property market boom in the mid-2000s.

The 65-year-old became a household name with TV commercials in which he appeared. In those commercials, Agaoglu promoted his company as “the architect of life”. The self-made billionaire was seen as the poster child for the booming housing market.

Slump
Diken reported that Agaoglu is now having financial problems because of the slump in the property industry and that his cars are available for Turkish lira (TRY) 9.2mn ($1.6mn).

However, the news portal did not say anything about his company’s financial position or its stock of unsold properties.

“House sales stagnated but we come out of this period even stronger,” he said in an interview at the time.

Earlier this week, the Kamhi family, the owners of one of Turkey’s leading industrial groups Profilo, offered for sale Profilo Shopping Centre in central Istanbul.

The Kamhis tried to sell the mall five years ago and asked for $150mn. However, this time their asking price is around $74mn.

Latest data showed that the country’s property market continued to contract for a seventh consecutive month in July.

Developers are facing intractable problems: their costs are rising because of the weak lira while at the same time house prices, in real terms, are declining. The Turkish statistical office TUIK reported on August 19 that calendar-adjusted turnover in the construction sector declined as much as 27% on an annual basis in July.

On a seasonally and calendar-adjusted basis, the sector’s turnover fell 6.1% from the previous month.