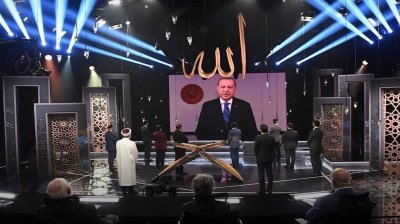 Retail and commercial borrowers’ payment delay requests regarding payments until end-2020 must be met by the lenders, the Turkish banking watchdog BDDK told local lenders on July 8 in its latest letter of instructions.

The existing loan limits should not be blocked without justified and concrete reasons, and care should be taken to keep the loan limits ready for use, the 11-article instructions also said.

It has also requested convenience for credit card fees and demanded that the credit card fee collection should be temporarily delayed in line with the demands of customers.

Lastly, banks’ precautionary measures on restricting credit card limits and closing credit cards to cash withdrawals should not be stricter than the rules specified in the legislation.

On July 9, the BDDK released a separate ruling to increase the maximum limit for credit cards for customers who cannot declare their income to TRY2,000 from TRY1,300.

Additionally, banks will not close credit cards where the minimum payment amount is not paid three times in a calendar year until end-2020.

Also on July 9, the regulator fined seven banks a total of TRY205mn (around $30mn) after individual and institutional customers made complaints.

“The inquiry process regarding customers’ complaints is ongoing,” it said in a statement.

In May, the watchdog imposed fines totalling TRY102mn on 18 banks after examining complaints by customers.

The central bank, the BDDK banking watchdog, the SPK capital markets board and the trade ministry separately issued new regulations along with amendments to existing regulations with an impact on banking.`

The BDDK has employed a proactive perspective in introducing around 50 regulations since the beginning of the coronavirus (COVID-19) outbreak, Mehmet Ali Akben, head of the regulator, said on June 14.

His figure does not include regulations or regulatory amendments introduced by other authorities, while the overall list of regulatory forbearance instances since 2016 would deserve a PHD thesis.

Local lenders assign zero weight to their FX receivables from the Treasury and the central bank although Turkey is rated at deep junk by all rating agencies.

Moreover, they calculate their FX assets at the 2019 exchange rate and they do not write defaulted loans as non-performing loans (NPL) though they regularly restructure them.

On July 2, Reuters quoted seven unnamed industry sources as saying that some Turkish banks are reportedly concerned that a “bad bank” plan to house billions of dollars of NPLs could require them to book large losses.

Additionally, the government announced some capital hikes at state lenders but media reports overlooked that the “capital hikes” in question were performed through exchanging some government papers among the Turkey Wealth Fund (TVF), the unemployment fund and state banks.

The overriding idea is that the government wants more loan growth when it comes to both individuals and firms.

The lenders are also obliged to comply with a recently introduced “asset ratio”.

“Will we be looking back nostalgically at the time of COVID-19 which, like my optimism about EM sales-trading, will seem like a distant memory or will we still be in the thick of it? The latter scenario seems far more plausible and if not the disease itself then the consequences of it which I suspect we will live with years, especially the financial,” Julian Rimmer of Investec wrote on July 10 in an emailed note to investors.

“It's possible to envisage for example, that by autumn, Turkey to be in the middle of a fully-fledged currency crisis, Russia to be sanctioned and cut off from Swift and South Africa to hurtling headlong into economic distress. These may be the worst-case scenarios but they are more likely to be the eventual outcome than any best-case scenario you can conjure up,” he added.

“In Turkey, one of the local brokers to whom I speak sent me the following message today, 'regulators raised the minimum credit card limit to be approved by a bank from TL1,300 to TL2,000 (Neutral).' Yes, you read that correctly, the MINIMUM cc limit not the maximum and yes, the broker felt obliged to tell me its impact was neutral as opposed to really, really … negative,” he also wrote.

“I'm going to Turkey next week and since I have a Turkish bank account, I see no reason why they won't give me some flexible plastic and allow me to blow few grand on it and then just bugger off and leave someone else to socialise the debt,” he wrote.

“The macro coming out of Turkey is starting to take on ominous dimensions again. The credit boom is a result of pressure on the banks by the govt to keep the economy moving and can only end in disaster. Whether the banks pick up the bill for imprudent lending or the govt, the consequences for the country as a whole are the same… encouraging banks to lend imprudently into [consumption] will mean a financial reckoning at some point,” Rimmer wrote.

“I feel another period of lira weakness is looming. I read yesterday, 'The combination of a big policy push for banks to lend out to the private economy and sharply rising government funding needs has pushed total domestic credit and lira broad money growth to more than 40% y/y'. I have limited formal economic knowledge but enough to know that sounds like a recipe for 'Add Weirdogan — instant $hitshow',” he concluded.

“Buoyed credit growth in the coming months, helping to support the fledgling EM recovery. But this may come at the cost of a further misallocation of resources in the likes of China and Turkey,” Edward Glossop of Capital Economics wrote on July 8 in a research note.

“Robust cross-border banking sector flows have helped to support lending in countries where sectors are dependent on external financing (notably Turkey),” he added.

“While robust credit growth during the crisis is — overall — a good thing, it could create problems further out. It will exacerbate the misallocation of resources in China, which will constrain potential growth there. A similar problem is brewing in Turkey. With policymakers funnelling credit into unproductive sectors, this could create long term economic distortions which will be difficult to unwind,” he concluded.