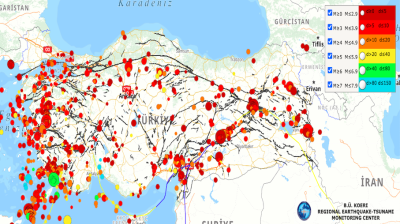 Turkey’s Erdogan administration is still whitewashing the extent of the country’s coronavirus (COVID-19) outbreak despite having released new data that more than tripled the official number of ... more

In terms of infections, Turkey now officially has the worst coronavirus (COVID-19) outbreak in the Middle East, data updated following Ankara’s decision to offer more transparency about the extent ... more