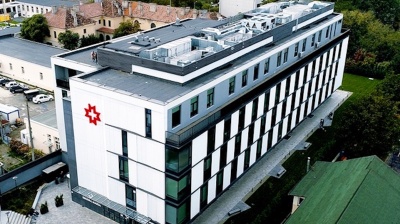 Regina Maria overtook rival MedLife to become the biggest player in the Romanian private medical services market by turnover in 2020. Now its private equity backer Mid Europa Partners plans to build it up further into a company of systemic scale.

Both rivals have been expanding aggressively in an expanding market. In Romania, as in much of Central and Southeast Europe, demand for private medical care has been steadily growing among the expanding and increasingly affluent middle class. Pre-pandemic, demand for private medical services was spurred on by Romanians looking for better alternatives to the poorly funded and scandal-hit state healthcare service, as well as companies keen to offer private healthcare as a benefit to attract and retain employees, especially in highly competitive sectors like IT.

Mid Europa took over Regina Maria in 2015, from fellow private equity investor Advent International, which had bought into the company, then called Centrul Medical Unirea, or CMU, in 2010.

According to Matthew Strassberg, partner at Mid Europa, the firm has been investing into private pay healthcare services in Central and Eastern Europe for more than a decade “We started in Poland with Luxmed when it was still a relatively small chain of clinics that we built up to the number one position and sold to Bupa. That was our initial exposure to the huge opportunity of backing the roll-up strategy in the region around private healthcare,” Strassberg told bne IntelliNews.

“We think one of the unique features in the region is the large unmet demand from the growing middle class, who pay national insurance contributions but find the level of service in the national healthcare systems does not meet their expectations, and are willing to pay for private healthcare. The private pay market is worth over ten billion euros across Central Europe.”

While there is a similar growth trend in private healthcare in the major economies across the region, each market has its own specifics. “As in Poland, in Romania there is a high level of acceptance of private operators complementing the public system. There is broad social acceptance of the wealthier strata of the population using the private healthcare system. This relieves pressure on the public system by reallocating several million patients visits,” explains Strassberg.

“Where Romania differs from Poland is that there is a greater demand for private hospital services, and significantly more private beds. Regina Maria has 800 beds in its network. In that sense, the Romanian market is very attractive, and we think that as the population in Romania becomes wealthier the sector will be supported by an ever-growing number of patients who can afford to go private.”

The market in Romania is consolidating as Regina Maria, MedLife and other major players pursue aggressive consolidation strategies as well as achieving organic growth. While there are still a large number of single-doctor practices, there is a clear trend towards chains of clinics with a range of specialists and well equipped with diagnostic equipment.

Among Regina Maria’s acquisitions in recent years are the Premiere Hospital in Timisoara, the largest private multi-disciplinary hospital in western Romania, the Kinetic Sport & Medicine centres, which provide physiotherapy and kinetotherapy services, and the Endo Institute, the largest centre for the diagnosis and treatment of endometriosis in Southeast Europe.

“Since we invested in Regina Maria in October 2015, the company has done more than €130mn worth of investment in greenfield expansion and acquisitions. We consolidated 22 businesses in Romania, and quadrupled the size of the business in terms of revenue and profitability,” says Strassberg.

MedLife, which listed on the Bucharest Stock Exchange in 2016, has also been snapping up smaller operators, among them fellow private medical company Polisano's medical services division and pharma companies CED Pharma and Pharmachem.

Growth continued throughout 2020 despite the disruption caused by the coronavirus (COVID-19) pandemic, which led to patients postponing all but the most urgent treatment during the initial lockdown. However, later in the year utilisation rates started to return to normal even through the third wave of the pandemic, and some pent-up demand is expected once the pandemic starts to come to an end in the second half of 2021 and early 2022.

On the other hand, the pandemic wasn’t a major source of extra revenues for private healthcare companies, except for PCR tests.

Looking ahead, Regina Maria CEO Fady Chreih said in an interview with daily Ziarul Financiar streamed online that there remains strong unmet demand in the market. "We have budgeted a 20% growth this year, so we hope to reach over €260mn. The increase is mostly organic, but we also have some purchases in the pipeline," he told the daily.

Having a private equity backer has given Regina Maria additional firepower for investments into new facilities and acquisitions, which helped it to draw ahead of MedLife and which is expected to lead to strong growth in future.

A year ago there was speculation that Mid Europa might be preparing to sell its stake in Regina Maria, with interest reported in the local press from Chinese investment fund Sino CEEF and Italian group Techint’s health division Humanitas.

However, Strassberg told bne IntelliNews that the growth of the company to date “does not mean we are interested in exiting. We are very happy with the investment and plan to keep growing it. We will probably hold on to the investment for at least another four years, with the earliest exit horizon in 2024,” Strassberg says. “By then, we expect to further double the size of the company from today’s level and at that point it would become what could be termed systemic, in terms of its strong position and sustainability.”

DATACRUNCH: the bne car ownership/age index
9 hours ago
Money laundering pushes up property prices in Western Balkan cities
1 day ago
LONG READ: The first thing the emerging middle classes of New Europe do is buy a better car
2 days ago
Russia’s oil and gas reserves will last for another 59 and 103 years respectively, says natural resources minister
2 days ago
Mongolia’s apocalyptic sandstorms
4 days ago