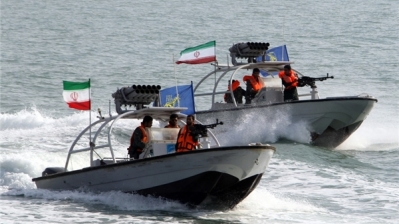 There’s something awfully mealy-mouthed about British politics nowadays. Whether it’s Brexit, the race to become Conservative Party leader and UK prime minister—starring Boris Johnson and Foreign Secretary Jeremy Hunt—or London’s claim that it remains committed to the Iran nuclear deal, the words used are devious and insincere, and fail to address reality.

Rather more reality should be laid out in explaining why Tehran is dismissive of Britain’s so-called commitment to the nuclear deal abandoned by the US and how the outgoing Theresa May government has shown quite stunning incompetence by allowing itself to be dragged into a crisis in which Iran has seized a UK-flagged oil tanker.

On July 20, speaking after a phone call with Iranian counterpart Mohammad Javad Zarif, Hunt said Iran viewed its seizure of the Stena Impero tanker in the Strait of Hormuz as a “tit-for-tat” situation. He added that “nothing could be further from the truth”.

That is ludicrous. The UK infuriated Tehran when Royal Marines grabbed an Iranian tanker off Gibraltar on July 4 and then had the brass to claim that this was purely a British action performed because of information that the vessel, the Grace 1, was transporting oil to Syria in breach of an EU embargo on such deliveries to the war-torn country. But as any fool knows by now, the UK, always desperate to keep the Trump administration sweet given its vulnerability while walking along the Brexit cliff-edge, acted on a satellite intelligence tip-off from the US.

Summonsed by the Iranian foreign ministry to explain reports that Madrid may have had a role in the affair, the Spanish ambassador in Tehran made it plain, stating quite frankly that the Grace 1 was seized “following a request from the United States to the United Kingdom”. Britain has protested that it was simply upholding EU regulations—but not a word has been heard from Brussels’ foreign policy arm on the matter.

Such is the level of aggression in the US sanctions regime targeted at Iran—since May, Washington has even been trying to stop all Iranian oil exports making it to world markets—that Tehran describes it as an “economic war”. It has plunged Iran back into recession and the BBC was lately given permission to film extensively inside the country, partly to relay how the sanctions are hitting the lives of ordinary and poor citizens in the Islamic Republic in saddening ways.

On the same day, Iran’s Fars news agency, affiliated to the Islamic Revolutionary Guard Corps (IRGC) that captured the Stena Impero and forced it into Bandar Abbas port, released video footage that is a humiliation for London. It shows masked forces dropping down ropes onto the ship from a helicopter after it was surrounded by high-speed vessels.

A Royal Navy frigate, HMS Montrose, was alerted but it was an hour away from the Stena Impero’s location. It raced to intervene—as it did, successfully, with another British-flagged tanker just over a week ago—but it proved to be too far away as the Revolutionary Guard forced the tanker to take a route through Iranian waters (the UK has protested the vessel was in Omani waters when it was seized).

The UK insists it still supports the nuclear deal signed by six major powers and Iran to shield the Iranians from major sanctions in return for curbs on their nuclear programme. It is a nonsense. The British have done next to nothing to protect Iran’s trade and economy since Donald Trump walked out of the multilateral accord and switched to sanctions in his bid to make Tehran sign a tougher deal. And rather than using airtime to support Iran’s contention that the Trump sanctions are entirely unjustified—Iran was in complete compliance with the nuclear agreement when the US president ended Washington’s participation—British ministers have been biting at the bit to back up the Americans each time they talk of Iran’s “destabilising” activities in the Middle East.

Sense of disbelief
Meanwhile, the sense of disbelief in the UK that the British foreign ministry didn’t do more to ensure the Iranians could not grab UK tankers is building. The Iranians had even advertised the fact that they were seeking to capture such a vessel in what they claimed would be a more than fair response to the seizure of the Grace 1. More Royal Navy ships are apparently on the way to the Gulf, but the sense that Brittania’s presence at sea is nowadays a joke imitation of what it used to be has been fuelled.

Something like 20 to 30 UK-flagged tankers transit the Strait of Hormuz each day and, by now, all such vessels have been warned by the British government to steer clear of the chokepoint until further notice. Quite an impact on energy deliveries and oil prices might be expected if this threat to shipping is not removed, which of course is exactly what Tehran wants as it aims to demonstrate to US voters—and to a lesser extent UK voters—that Trump’s Middle East adventure could have some uncomfortable consequences that might not stop short of war.