Taking the Tashkent Stock Exchange to the next level 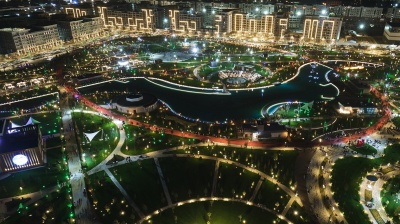 There’s a “breath of fresh air” for those addressing Uzbekistan’s investment issues. Starting from 2023, thanks to a new presidential decree, Uzbek companies will be able to list stock on stock markets abroad. But a sector that has been rather idle for quite some time cannot be transformed with a single document. Akmal Djalilov, founder of Uzbekistan’s BeTrader platform, explains.

Today, several factors are holding back the development of Uzbekistan’s stock market. Primarily, it is the lack of a regulatory framework to regulate the introduction of new trading instruments. Secondly, there’s a shortage of representative offices of large brokers that can create infrastructure and bring experience to the domestic market.

The third obstacle is bureaucracy. Due to illiquidity on the stock exchange, many young people, studying the opportunities and potential of foreign markets, try to open accounts with Western brokers and trade on their platforms. But, unfortunately, when sending money abroad, banks try to limit your rights to transfer by any means; and they do not document their refusals. Thus, you then have to contact the central bank so that they can give instructions to commercial banks about there being no ban on the transfer of money, and so on.

Undoubtedly, we would like to avoid experiencing problems in each execution of an elementary operation as we work towards a successful completion. It is also necessary to solve the issue of qualified personnel, or rather the absence or insufficient number of such personnel.

We can no longer say that our country is young and has only just embarked on its path of formation. Looking around the world, in practice there are dozens of fledgling states, rising, keeping up with the times. Lags in technological or economic development today can amount to delays for the next 30 to 40 years.

Unambiguous conclusions on the further growth of the Tashkent Stock Exchange can be drawn from the following end-2020 market capitalisations:

* Singapore (one of the youngest exchanges), around $700bn;

So, where do we go from here.

I will not start with mandatory minimum requirements such as the transparency of companies, compliance with stock exchange listing requirements, increasing trading instruments, and so forth.

I believe that first of all, it is necessary to create attractive conditions for the initial placement of shares, not only of domestic, but also of foreign, companies.

Secondly, it is important to increase the literacy of the population in the field of investment and alternative sources of financial investment. For example, the yield of foreign currency deposits in domestic banks varies in the amount of 3-5% per annum, while the average yield of S&P 500 futures is more than 12% per annum.

Thirdly, we need to increase the share of retail investors among the participants of the stock exchange. In my opinion, the most effective measure here would be to provide opportunities for buying the shares of foreign companies in the national currency.

The companies I have in mind include companies traded on the New York Stock Exchange, one of the most popular trading platforms in the world. St Petersburg and Moscow, realising this, have started to actively introduce foreign companies ' shares as a trading instrument in the past few years.

In looking at and weighing up the prospects, then, in my opinion, we need to envisage the following:

1. Permission to trade on foreign stock markets will increase the flow of foreign currency funds into Uzbekistan. That will lead to the emergence of a new source of taxes. In addition, the development of the market will allow Uzbek citizens to earn money without leaving their homeland.

2. A big leap in the financial sector, namely, the formation of investment banks, would be an impetus for managing the assets of large pension funds, thereby increasing investment profitability for pensioners.

3. Opening a “valley” of venture funds and startups, where possibilities in the minds of our young generation will be catalysed, stimulated.

4. The creation of tens of thousands, and possibly hundreds of thousands, of new jobs, related to the formation of a new class of companies such as investment banks, proprietary trading firms, venture funds and hedge funds.

MACRO ADVISORY: Buckle up, August is coming
2 days ago
COMMENT: Why has China’s foreign minister spent three days in Damascus? Probably not having trade discussions
5 days ago
HOMANS: Putin's Epistle to the Ukrainians
10 days ago
Perspectives | Blame it on Russia? The danger of geopolitical takes on Georgia’s far right
17 days ago
COMMENT: Uzbekistan will have to host Afghan refugees in the near future
17 days ago