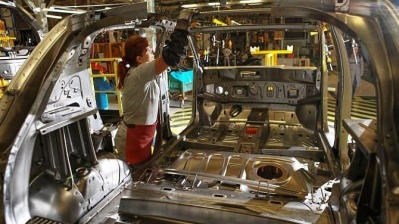 Slovak carmakers scored 72% in the credibility index, politicians only 28%
By bne IntelliNews September 17, 2019

Slovaks see carmakers as more trustworthy than politicians, according to a new survey conducted by IMAS International for Erste Group, the Slovak News Agency (SNA) reported on September 16.

Car producers are the most trustworthy according to Slovaks, followed by teachers, doctors and banks. The political parties and government the least trusted, the survey found.

“The poll also showed how little Slovaks trust the media, i.e. television and radio stations and the press. This relates to the atmosphere in society in general, with disinformation and fake news from alternative sources reaching the forefront. These undermine the credibility of traditional media. The credibility index in this case amounted to 47%," said Slovenska Sporitelna analyst Lenka Buchlakova, SNA quoted.

The credibility index of carmakers scored 72%, doctors and teachers 68% each and banks 67%. Despite the acknowledged social value of teachers and doctors and the fact that their financial situation has been improving lately, their salaries are far behind the level in other countries and the third lowest among OECD countries, ahead of only those in Hungary and Latvia.

The banks were followed by energy companies, airlines, the army and NGOs. The political parties  scored only 28% in the credibility index.