STEM: Czechs no longer a nation of climate change sceptics, but remain confused on the issues 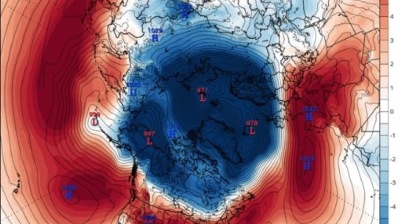 Eight out of ten Czechs agree that climate change threatens humanity's future, but remain ill informed on the details
By bne IntelliNews March 5, 2020

Czechs are no longer to be considered a nation of climate change sceptics, 84% of them agree that climate change caused by mankind threatens the future of humanity, according to results of the polling agency survey STEM published on March 3.

Nine out of 10 people agree that without reducing emissions, the countryside cannot be protected from drought and forest extinction.

On the contrary, the results also showed that Czechs are not well oriented in the issue, for example 53% of Czechs have never encountered the term carbon neutrality. Not even one third of those who are otherwise interested in climate change have heard of the term.

As STEM´s Analyst Nikola Horejs put it, Czechs already see climate change as an urgent issue, mainly due to the damage caused by drought to the Czech countryside, however, their overall attitude is still changing.

“The public is very confused about what can be done about climate change, leaving it to rely on the statements and attitudes of influential politicians. Czechs are afraid that climate neutrality will threaten our economy, and if politicians want to, they can easily scare people,” Horejs added.

People are particularly afraid of the high costs the emissions reduction can bring, 74% of Czechs are worried about price growth.

Czechs do not have a clear opinion on whether investments in the Czech industry should focus on the protection of jobs or on the modernization of industry.

“It is important to point out that the group above 60 years old would protect the current jobs in the industry more than people under 30. It is therefore to a certain extent a different generation view of job protection issue. Young people would rather introduce new technologies, robotization and digitization,” said STEM Analyst Michaela Trtikova Vojtkova.

Movie night at the airport
70% of companies in Czech Republic saw a drop in orders in May due to COVID-19 outbreak
Russa’s coronavirus cases close to 300,000 but PM says growth in new cases has halted