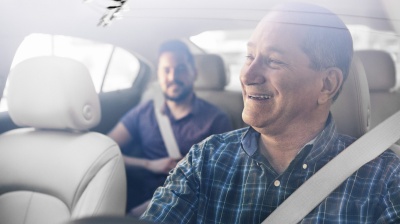 Slovenia’s parliament has endorsed amendments to the act on road transport that create the legal basis for transportation platforms such as Uber or Lyft.

Debates about Uber in Slovenia have been ongoing for years. Former Slovenian authorities wanted to bring Uber to the market in September 2016, but the process has been delayed, as local taxi drivers complained that allowing Uber to operate would be unfair competition to existing taxi services.

The new changes to road transport law are also expected to facilitate the digitalisation of the transport sector.

The parliament adopted the amendments in a 50 to 36 vote, news agency STA reported.

According to the proposal, drivers using digital platforms would need to get a licence, just like regular taxi drivers, while taxi drivers would not be obliged to use taximeters and would be allowed to use software instead.

Municipalities would be involved in the process of setting the rules as they can determine the quality standard, including the types of vehicles that will be used for these platforms.

Slovenian tech firms have supported the legislation, which was also backed up by two opposition parties and independent MPs.

However, the opposition Marjan Sarec List (LMS) argued the legislation was tailored to Uber and warned about possible abuse of labour rights.

Annual growth of Slovenia’s retail sales slowed to 12.8% y/y in June
Looming new coronavirus wave prompts vaccination push in Southeast Europe
Average gross wage in Slovenia up by a real 3.9% y/y in May