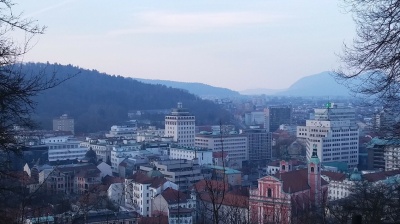 Slovenia plans to issue a new Eurobond with maturity of 60 years, the finance ministry announced on January 26, without disclosing the value.

If it goes ahead, the bond will have the longest tenor of any listed in the Central, Southeast and Eastern Europe region, though Poland and Slovenia have issued 50-year Eurobonds in the past, according to Bloomberg research.

The last time Slovenia tapped the international market was on January 5, 2021, when it sold a €1.75bn 10-year Eurobond and extended an existing 30-year bond by an additional €250mn.

BNP Paribas, Deutsche Bank, Goldman Sachs Bank Europe SE and HSBC were engaged to organise the issuance of the new Eurobond that will mature in 2081, the ministry said in the statement.

The issue is expected to take place in the near future, depending on the situation on the financial markets, it said.

The country’s economy contracted by 6% in the first nine months of 2020 compared to the same period of the previous year year, while the European Commission is projecting a 7.1% GDP contraction for the whole of 2020.

A recovery is projected for 2021 and the economy is expected to return to its end-2019 level in 2022. Public finances are forecast to be in deficit in 2020, due to lost revenues and the measures taken to support the economy, but to improve over 2021 and 2022 together with the recovering economy, according to the European Commission.

Government spending and household consumption will maintain the recovery until the end of 2021, with sustained government transfers and confidence strengthening assuming an effective vaccine rollout.

The EU stimulus plan will also contribute to high public consumption and investment over the projection period. As the economy is highly integrated into EU value chains, the export-oriented sectors will benefit from stronger EU demand from 2021.

However, the outlook is highly uncertain. A further significant deterioration of the health situation could lead to prolonged restrictions that would stall the economic recovery. Continued weak external demand remains another key risk for growth. On the other hand, a bolder recovery in Europe thanks to a rapid rollout of an effective vaccine would lift growth prospects.