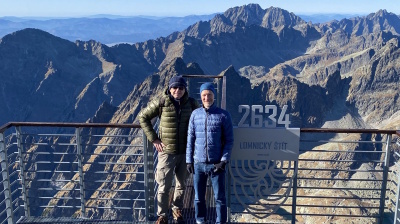 Slovak central bank governor Peter Kazimir has been charged with bribery, his lawyer confirmed to Reuters on Tuesday, adding that he denies the charges.

Kazimir, who also sits on the European Central Bank governing council, is the most high-profile figure from the former centre-left Smer government targeted by the current populist and rightwing-dominated government’s anti-corruption drive.

"I do not feel guilty of any crime," Kazimir, who served as finance minister before taking the eurozone country's top central bank post in 2019, said in an emailed statement seen by Reuters.

"The state of facts in the resolution is untrue and the reasoning itself lacks confirming evidence," Kazimir said. "I do not have any information nor I am aware of breaking the law, nor did I ever have any interest in influencing any proceedings."

Slovak news website www.aktuality.sk reported that Kazimir was charged in a case related to an alleged bribe for the country's former tax administration chief, who has been charged in several cases and is now cooperating with investigators.

The news website said Kazimir was accused of being a "courier" who carried a bribe of some €50,000 related to unspecified tax proceedings, to the tax chief. The tax chief was appointed by Kazimir in 2012 and remained in office until 2018.

The new government’s anti-corruption drive has had some success making suspects turn informant on others in return for more lenient treatment. However, the opposition Smer and Hlas parties, led by former premier Robert Fico and former premier Peter Pellegrini, have accused the authorities of using unduly harsh isolation methods that have pushed some suspects to suicide.

Kazimir's lawyer, Ondrej Mularcik, told Reuters Kazimir was accused of the lowest of three severities of crime in Slovakia's penal code that is punishable by up to five years in prison.

Kazimir was finance minister in the Smer governments from 2012 until 2019, when he earned a reputation as one of the harshest critics of Greece during its debt crisis. Afterwards he was appointed to a six-year term at the helm of the central bank.