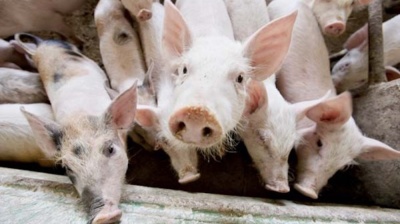 Europe is currently experiencing a slowly-spreading epidemic among some of its wild pig population that is spreading the disease
By Clare Nuttall in Glasgow August 13, 2019

African swine fever has been present in Eastern Europe since 2007 but in recent months it has been spreading rapidly across the region, where it threatens to ravage the once thriving pig breeding industry.

Three of the cases were reported in the Belgrade area, while the fourth was in the Podunavski district, not far from the border with Bulgaria, which has suffered a serious outbreak of the disease. All four incidents in Serbia concerned backyard pigs, the OIE said in an alert.

Seven pigs died from the virus, which is incurable in pigs though harmless to humans, and another 114 have already been slaughtered.

The outbreak is bad news for Serbia, which had been looking to develop its pig breeding industry. German meat giant Toennies Lebensmitte was expected to start construction of its first pig farm in Serbia in spring 2019, where it reportedly planned to breed 80,000 pigs annually. However, in November 2018 the company was reported to have postponed its arrival in Serbia by one year over concerns about ASF.

As well as Serbia, in the last few days, the OIE has also reported the first cases of African swine flu in Moldova following a notification from the head of the National Food Safety Agency’s Animal Health and Welfare Department.

This came after on July 25 Slovakia became the 10th EU country to report ASF, with an outbreak reported at a backyard farm with four pigs in Košice province, close to its borders with Hungary and Ukraine, both of which have seen ASF outbreaks in recent years.

While most countries across Eastern Europe have now been affected, the crisis has been especially grave in Romania and Bulgaria.

On August 12, compulsory culling of pigs started in southern Bulgaria, where there are fears that the entire pig breeding industry, numbering up to 600,000, could have to be destroyed. As of August 6, more than 130,000 pigs had been killed in the country.

Many farmers and owners of domestic pigs have resisted the order to kill them to stem the spread of the virus, which is almost invariably fatal to pigs though harmless to humans. Protesters opposed to the cull blocked the road between the Black Sea cities of Burgas and Varna, and other road blockades have been reported elsewhere, according to Focus News. On August 12 veterinary teams started forcibly entering pig owners’ properties to cull all remaining pigs.

The outbreak in Bulgaria became politicised after Prime Minister Boyko Borissov made the controversial claim that the virus had been brought in by Romanian tourists who typically flock to Bulgarian Black Sea resorts during the summer.

“There are 57,000 cars crossing from Romania each day into Bulgaria. I am sure the Romanian tourists brought the disease. They eat on the side of the road, [then] throw the food remains that help spread the swine disease. They are walking around, eating and throwing the remains all over the place. There is nothing we can do,” Borissov said at a meeting with mayors.

The latest update on swine fever in Romania shows that as of July there had been outbreaks in 140 localities in half of Romania’s 40 counties, most of them in southern Romania, according to the National Sanitary Authority Veterinary and Food Safety (ANSVSA). To date, 372,325 pigs and 1,660 boars affected by the disease have been culled.

The presence of the virus in Romania was first reported on July 31, 2017, in Satu-Mare county on the northern border with Ukraine. In order to prevent the spread of the disease, all suspicious animals must be slaughtered and neutralised, and the owners are compensated by the state. So far, 8,778 owners have been compensated, with total payments of RON252mn (€53mn). Pork prices have increased by a modest 4.5% ytd despite producers warning of 40-70% price hikes.

ASF spread to Eastern Europe back in 2007, when it is believed to have been brought into the Russian North Caucasus from Georgia by an infected wild boar. It had previously been eradicated in the EU, but in the last decade 10 EU countries have reported outbreaks, in addition to countries on the southeast fringes of the bloc.

“Europe is currently experiencing a slowly-spreading epidemic among some of its wild pig population and some countries have introduced tight restrictions to limit the movement of wild pigs,” said an August 9 report from the UN Food and Agriculture Organisation (FAO).

The first EU states to report outbreaks are those bordering Russia. Swine fever has been a fact of life in the Baltic states for several years now, decimating the pig industry in the region. And infections continue. Lithuania’s largest pig farm succumbed to the disease in August 2018, and the biggest outbreak since 2014 was reported in Latvia at the beginning of this month, the eighth outbreak among domestic pigs this year.

It is also a serious problem in Poland where at the beginning of this year, the Polish government announced plans to kill thousands of wild boars, as Warsaw came under pressure to take action to stop the spread of African swine flu. However, far from ending the epidemic, in June the largest farm to date in the country, with over 8,000 pigs, was culled after a fresh outbreak.

In the wake of the crisis in Bulgaria, a European commission spokeswoman told Reuters that deal with the outbreak was a serious challenge for the EU. “Fighting African swine fever in the EU represents an extreme and urgent challenge,” she told the newswire.

The problems in Eastern Europe are not on the same scale as in Asia, where China is home to around half of the world’s pig population. Almost 5mn pigs in Asia died or were culled because of the spread of ASF within a year of its first detection on the continent in 2018, said the FAO.

ASF is present in six Asian countries, Cambodia, China, Laos, North Korea, Mongolia and Vietnam. FAO data indicates that more than 10% of the total pig population has been lost in China, Vietnam and Mongolia.

“As there is no commercially available vaccine, we need to place greater emphasis on other disease counter efforts. Countries must be vigilant at borders – land, sea or air – in preventing the disease’s entrance and spread through the introduction of infected pigs or contaminated pork products. Outbreaks need to be reported immediately,” said the FAO’s chief veterinary officer Dr Juan Lubroth.