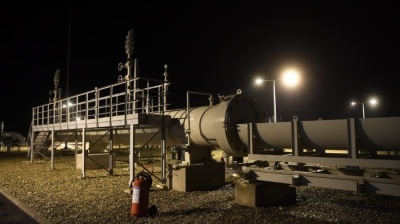 The project raised strong objections from the US, but Serbia was determined to complete it. The country will receive 13.88bn cubic metres (bcm) of gas per year through the pipeline. Customers in Bosnia & Herzegovina will also be supplied via the new pipeline, Gazprom said.

Vucic said at the opening ceremony that the price of gas at the Bulgarian border will be around $155, down from $240, which the country was paying before the launch of the pipeline. In the first two quarters of 2021, gas will be between $60 and $90 cheaper for consumers.

“TurkStream is a state-of-the-art, efficient and reliable gas pipeline that is in high demand by European consumers. The number of European countries receiving Russian gas via TurkStream has grown to six. Along with Bulgaria, Greece, North Macedonia and Romania, this opportunity is now available in Serbia and in Bosnia and Herzegovina,” said Alexey Miller, chairman of Gazprom's management committee, according to a press release from the Russian gas giant.

Turkish Stream spans a 930-km route across the Black Sea. It helps to meet Turkey’s ambition of becoming a gas hub serving European markets. However, analysts have noted that Turkey will not be able to use its role as a transit state for Russian gas to Europe as leverage over Moscow because if it attempted to play politics in that way the Kremlin could simply switch gas volumes back to Ukraine.

The European Bank for Reconstruction and Development (EBRD) said on February 25 it will provide co-financing for two water and wastewater utility upgrade projects in Bulgaria. The two ... more

The International Monetary Fund has appointed Jean-François Dauphin as European department mission chief for Bulgaria, it said in a statement on February 5. He will replace Jaewoo Lee who was ... more