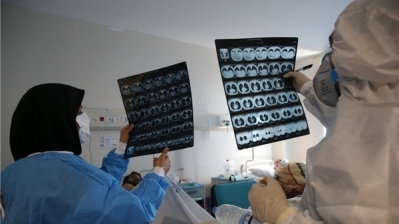 Iranian officials see hope in that the virus death rate is not accelerating as fast as the infection rate, but the longer-term correlation remains to be seen.
By bne IntelIiNews June 4, 2020

An arc of second-wave coronavirus (COVID-19) infections and fears now stretches across Iran and its South Caucasus neighbours Armenia and Azerbaijan. 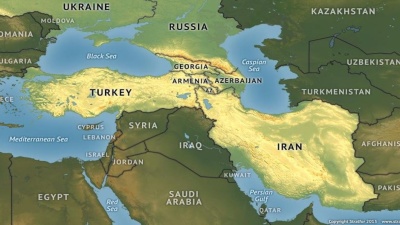 Iran originally had the Middle East's worst coronavirus outbreak but was overtaken by Turkey. The coming days could again see the two countries swap places in the infection table.

The number of new infections in Iran has reached a record high. There was hope one month ago that the government had brought the virus under control, but a second surge of the disease has steadily been picking up pace. According to data released by the country’s health ministry on June 4, officials registered a record 3,574 infections in the previous 24 hours, compared to the previous one-day figure of 3,134. The daily record in Iran was previously the 3,186 cases experiened on March 30. 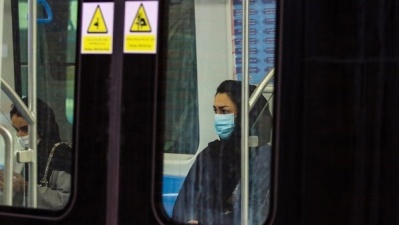 Recognising the second-wave apprehension and worries that too many Iranians are failing to abide by restrictions such as social distancing, Hassan Rouhani, Iran’s president, said: “If the rules are not obeyed the government would be forced to restore the quarantine situation again, disrupting normal life and inflicting serious damage on the entire national economy.”

June 4 was also a wretched day for those in Armenia hoping the country can keep the virus at bay despite, like Iran, no longer requiring major lockdowns. The daily total of 697 infections was another miserable record, following on from 515 cases on June 3 and 517 on June 2.

Armenian Prime Minister Nikol Pashinian, who earlier this week announced that he and four members of his family had tested COVID-19-positive, is clearly in a bind. Armenia, a small country of 2.9mn people wedged up against big neighbour Iran, with its 84mn, is an impoverished nation that can ill-afford a renewed state of emergency and general lockdown.

Pashinian's government has so far not indicated that it has any plans to reimpose such substantial restrictions, instead contending that face masks, social distancing and frequent handwashing should be enough stop the spread of the virus. However, the PM has demanded that Armenians show more discipline in following the specified measures. “We have to learn to live with the novel coronavirus,” he said. 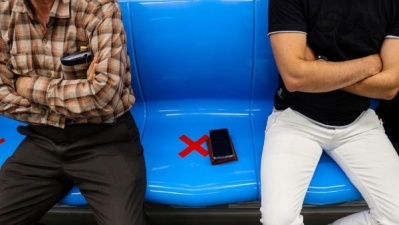 Azerbaijan, meanwhile, announced on June 4 that it will order everyone in its big cities to stay home this weekend. The virus infection rate among its 9.9mn people is also on the rise. Azerbaijan logged 262 cases on June 4 and 325 the day before.

Citizens in the big cities will be allowed out of their homes on Saturday and Sunday only with permission from law enforcement agencies. In granting permits, officials will accept needs such as required medical care or attendance at a funeral of a relative.  All shops and other services will be closed, and public transport will be suspended.

Shopping centres, cinemas, restaurants and cafes reopened in Azerbaijan on May 31. The wearing of masks and social distancing is mandatory in public spaces. Fines are levied against citizens breaching mask stipulations.

As well as dealing with the possible re-emergence of COVID-19 to the point where a second phase of heavy economic damage becomes inevitable, Azerbaijan, hugely dependent on hydrocarbon exports, is also suffering from the oil price collapse that the pandemic has triggered on world markets.

But it is Iran, already under massive economic pressure from the US Trump administration’s crushing sanctions-led “maximum pressure” campaign, which, of the troubled trio of countries, is most exposed to the economic pain a second-wave of the coronavirus crisis could inflict.

Demonstrating the dire straits Iran finds itself in, the Guardian on June 4 reported the Iranian parliament’s research centre as issuing figures showing that per capita income in the country has sunk by 34% over the last three years, partly because of inflation generated by the consequences of the US sanctions, which have been gradually introduced since mid-2018 in a stark turning of the screw. Nearly 60% of employees had no social insurance, it said.

Though the spectre of ‘coronavirus, part II’ is becoming more and more of a reality, the Iranian authorities continue to progressively lift controls on shops, mosques, schools, offices and travel. The border with Turkey—which claims to have its virus situation under control and insists there is no sign of a second wave—was being opened for haulage traffic on June 4.

On the optimistic side, there is hope among Iranian health ministry officials because the number of daily coronavirus deaths is not moving upwards at the same rate as new infections. That supports the theory that the accelerating infection trend rate is partly a result of more widespread testing and better recording of data. The number of deaths recorded in the 24-hour cycle announced on June 4 was 59. That took the death toll to 8,071. The highest number of daily deaths was 158 on April 4.

Only 10 days ago in Iran, the number of new infections per day was below 2,000. More testing alone cannot explain the re-intensification of the virus impact in Iran. There is discussion of anecdotal evidence from one of the worst-hit provinces, Hormozgan. It implies that women were contracting the disease while shopping. One quarter of those found to be infected were classified as “housewives”.

Iran was one of the first countries in the world after China to announce a major coronavirus outbreak. Its difficulties were the worst in the Middle East before it was overtaken by Turkey. On current trends, Iran will within one or two days once more be the COVID-19 regional epicentre.