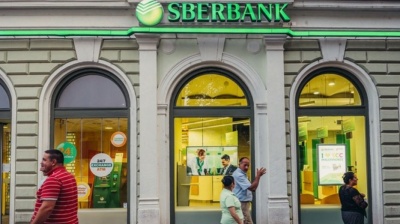 Before the deal Sberbank Europe was present in eight European markets: Austria, Bosnia & Herzegovina, Croatia, the Czech Republic, Germany, Hungary,  Serbia and Slovenia. The bank will keep its unit in Czechia.

"Sberbank Europe AG has decided to reduce its geographic presence in CEE in order to focus on key markets and explore new business models," the lender said. "The purchasers have a large regional presence as well as a clear vision of the future development, supporting further growth of the banks and ensuring that the clients will continue to receive services of the same high quality," it added.

The Russian bank has been planning to scale down its business operations in Europe for years. It sold its Turkish subsidiary Denizbank two years ago and left the Slovak market in 2018. Europe’s largest bank is also planning to return its banking licence and close down its operations in Ukraine.

The Russian state majority-owned bank entered the region in 2012 with the takeover of Volksbank International's units for €505mn.

Hungary remained a niche market for Sberbank, but the takeover of other units could offer plenty of synergies, Hungarian media reported. The bank’s Russian client base and strengthening Serbian-Hungarian business ties could also be of high value to the buyer in addition to the bank's agribusiness exposure.

Sberbank Magyarorszag had total assets of HUF511bn (€1.4bn) at the end of 2020, public records show. The stock of client loans stood at HUF295bn and client deposits reached HUF355bn.

The man behind the acquisition of Sberbank’s regional units is Serbian tycoon Miodrag Kostic. The 62-year-old earned the nickname "sugar king" by acquiring a series of sugar factories in Vojvodina, and has established a foothold in the financial sector, with MK Group acquiring a majority stake in AIK Banka, the eighth-ninth largest bank in Serbia, in 2014.

Kostic became the owner of Slovenia's Gorenjska Bank, with a balance sheet total of €2.2bn, slightly larger than Hungary's Sberbank in June 2019. Gorenjska Banka is set to become the third-largest banking group in the country after the acquisition. Kostic has not yet disclosed his intentions for the Hungarian unit.

The transaction is expected to close in 2022, pending regulatory approval.