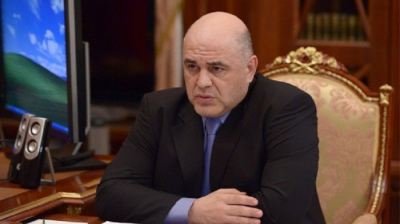 As reported by bne IntelliNews, so far the government has rolled out two economic support packages, worth RUB3.1 trillion ($42.1bn), or 2.8% of GDP. The RUB7.3 trillion final recovery plan was cut from the previously reported RUB8 trillion plan, and also includes the two packages already announced.

According to Mishustin, who himself has recovered from coronavirus (COVID-19), the plan will be rolled out in three stages: stabilisation of the economy by end-2020, recovery by 2Q20 and growth by 4Q21.

Other targets of the plan are bringing unemployment back down to under 5%, achieving real income growth of 2.5%, cutting poverty levels to below 12% seen in 2019, and maintaining retail trade at 3% annual growth at least.

The government believes that the COVID-19 presents an opportunity to improve the flexibility of the labour market and education, as well as to accelerate digitalisation, import substitution, and reduce red tape.

Mega-investment
While Putin stressed during the tele-conference with Mishustin that the strategic goal of the plan was to support both the "citizens and business", early reaction to the plan is that it maintains the Kremlin's focus on state-managed mega-investment projects and direct industrial support.

Vedomosti daily reported, citing the unpublished copy of the plan that was reportedly being drafted up to the last minute for the Kremlin's June 1 deadline, that out of RUB7.3 trillion RUB5 trillion are budgetary funds (both spending and missing revenues), and the largest share is RUB2.2 trillion reserved for infrastructure investment.

As reported by bne IntelliNews, previous reports suggested that investment megaprojects of state companies could get a boost amid the COVID-19 crisis.

Social technocracy
Reportedly in the social sphere, the government is not planning to expand spending substantially, but plans to revamp the social spending system itself to improve its efficiency. To remind, PM Mishustin is a trusted technocrat with a proven track record of radically improving Russian tax collection.

The social system is next in line for radical management reform: the recovery plan proposes to set up a "Social Treasury" that would consolidate over 100 different pensions, subsidies, and benefits to the population that are estimated at 3% of GDP and make up over 19% of total income.

But only 25 kopek out of each ruble is reaching Russia's poor, the plan reportedly claims, noting that the most vulnerable Russian households get only 2% of their incomes from subsidies and benefits. The Plan proposes to develop a targeted consolidated system of measuring the income per household member, as well to facilitate faster re-employments by redistributing unemployment benefits.

Digital reforms instead of new aid for SMEs
As reported by bne IntelliNews, the SMEs are expected to be the hardest hit by both the slowdown of consumer services and rising joblessness. Despite SMEs accounting for most of the spending in the plan, this is for measures already approved in the previous support packages (cutting social security contributions from 30% to 15%, tax breaks, etc).

There are no new direct fiscal measures planned for SMEs. The government promises instead to reduce red tape, and full digitalisation of reporting and controls.

Digital systems are the main stress of the plan, according to Vedomosti, as previously anticipated from Mishustin's government. The recovery plan proposes to set up one-stop shop online platform for SMEs for issuing permits and licences, a consolidated healthcare information system, including a nation-wide digital medical ID, and to launch an educational digital platform.

The govenment's usual focus on stimulating investment through large real sector projects is understandable, analysts surveyed by Vedomosti note, reminding that this is a well-developed and known economic policy.

Chief economist at BCS Global Markets Vladimir Tikhomirov notes that stimulating consumer demand would not necessarily yield high multipliers, as the population is not certain to start spending and might resort to saving after the epidemic shock. However, stronger consumer demand would facilitate private investment.

"It is important that this crisis pushes new technologies and structural economic reforms, instead of becoming another excuse to strengthen the role of the state in the economy and expanding bureaucracy," Tikhomirov argues, echoing the recent urge by policymaking veteran Alexei Kudrin for visionary reform.