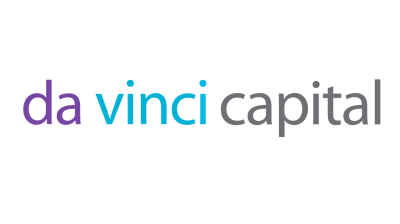 Russian fund Da Vinci Capital gets €30mn from Germany’s DEG to invest in Ukraine, Belarus and Kazakhstan and plans to raise €100mn in total
By EWDN in Moscow February 26, 2020

Da Vinci expects to attract other LPs in the course of the year to reach the fund’s initial $100mn (€‎90mn) target and start operations. According to the plan, the fund will ultimately raise no less than $300mn.

Like Da Vinci’s previous funds, Da Vinci Capital Technology Fund III is a growth equity fund. It aims to participate mostly in Series B rounds across a broad range of segments including fintech and B2B software companies. Startups in the fields of mobility, marketplaces, SaaS platforms and deep tech – from cloud services, to big data and artificial intelligence – will also be considered.

In geographic terms, the fund will target, in particular, Ukraine, Belarus and Kazakhstan. “We may also invest in other countries of the former Soviet Union, like Armenia an Uzbekistan, or elsewhere in the world,” Da Vinci Capital Investment Director Denis Efremov told EWDN.

While Russia was central to the strategy of the two previous Da Vinci Capital funds, the third one does not focus on this country.

“Investments in Russia are not ruled out, but we’ll consider them in the same way as opportunities from anywhere else globally,” Efremov said.

In a corporate statement, Dr. Tilman Kruse, Director Corporates & Funds for Europe, Middle East & Central Asia, reminded that DEG is, “among the most active institutional investors in the global emerging markets technology space.”

“Countries such as Ukraine, Belarus, and Kazakhstan have deep, competitive and sophisticated IT engineering pools, displaying superior R&D excellence,” he noted. “The fund will tap emerging geographies, which stand out as a hotbed for domestic and cross-border technology growth companies, requiring investment capital and technical expertise to expand their businesses and create quality jobs at home. This flagship fund of Da Vinci Capital is designed to identify the next generation of digital economy companies in the region and to take them to the next level.”

Established in 2008, Da Vinci Capital has over $400mn in assets under management. DEG was among the backers of its previous funds, along with the European Bank for Reconstruction and Development and other major institutional investors.