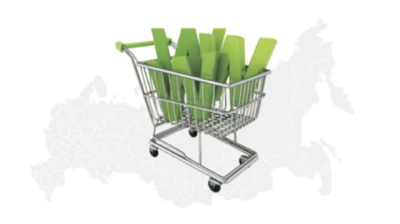 Russian e-commerce had domestic sales in physical goods of $37bn, up 58% y/y.
By Adrien Henni in Moscow for East West Digital News June 1, 2021

Specialised research agency Data Insight has just released the international version of its Russian e-commerce report for 2020. Domestic sales of physical goods amounted to RUB2.7 trillion (some $37bn at the average exchange rate of the year), up 58% from 2019 – placing Russia among the world’s fastest-growing e-commerce markets, reports East-West Digital News (EWDN).

Meanwhile, the performance of Western omnichannel retailers Ikea and Leroy Merlin is striking. According to Data Insight’s analysts, the Swedish DIY giant generated almost $566mn in online sales revenues last year (up 175% from 2019), while its French competitor made around $524mn (up 217%).

Amazon is absent from this ranking. The US giant’s sales to Russian consumers are modest, based only on a cross-border offer.