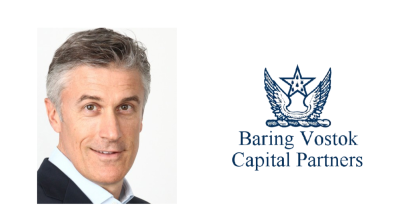 The Amur regional arbitration court has ordered Baring Vostock to sell its 10% stake in Vostochniy bank
By bne IntelliNews May 20, 2019

The Russian regional Amur arbitration court has ruled against Baring Vostok Capital Partners (BVCP) in the controversial case for the control of 9.99% in the Oriental Express Bank (OEB or Vostochniy), ordering the fund to sell its stake in the bank to Finvision Holdings Ltd., which is owned by Artyom Avetisyan.

The investment fund claimed that the decision inflicts "serious reputational harm" to the whole Russian judicial system, and has pledged to the appeal the ruling.

Russia’s most famous fund manager Michael Calvey and several of his colleagues from BVCP were arrested in February after the Federal Security Service (FSB) opened an investigation into an accusation that BVCP illegally mispriced shares in the OEB. Calvey is accused of RUB2.5bn ($37.5mn) embezzlement.

Since the 2014 devaluation of the ruble OEB has been having problems. Once one of Russia’s leading consumer financing bank, specialising in providing services in Russia’s regions, the Central Bank of Russia (CBR) order the owners to re-capitalise the bank by April or it may be closed. A dispute then started between BVCP and Avetisyan how much money they should put in and to what extent their stakes should be diluted. BVCP invoked a clause in the shareholders agreement that meant the dispute should be resolved by the arbitration court in London.

It is widely assumed that Avetisyan struck back by using his friendship with Dmitry Patrushev, the son of the former director of the FSB, to launch the investigation as a way to pressuring BVCP to withdraw the London lawsuit concerning a proposed capital injection by shareholders in OEB.

Avetisyan has separately filed a lawsuit in a court in Russia’s Far East against Baring Vostok, demanding 9.99% of OEB shares. This was despite the fact that the shareholders agreement explicitly says all disputes should go for arbitration in the London Court of International Arbitration (LCIA).

The LCIA later ruled that the case between Finvision and BVCP can only be settled in UK courts. Sending cases to be heard in corrupt regional courts is a very widespread practice in the Russian investment business.

Avetisyan claims that Baring Vostok breached the shareholder agreement by pulling out of the call option for 9.99% in OEB, which was the condition of merging OEB with Uniastrum bank in August 2016. Calvey, that links his arrest and charges to Avetisyan seeking control in OEB, argued in court that the option was cancelled because assets were syphoned out of Uniastrum right before the deal.

Calvey was released from pre-trial detention last month but remains under house arrest in Moscow with no access to telephones or the internet. His colleagues remain in pre-trial detention, including French citizen Philippe Delpal, despite energetic lobbying attempts by the French authorities.