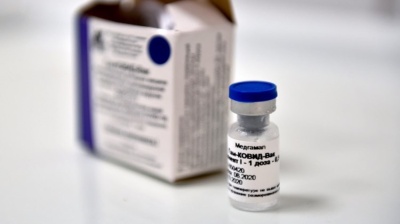 President Putin has ordered Deputy Prime Minister Tatyana Golikova to begin mass vaccinations to start the roll-out of mass vaccinations from next week as the first 2mn doses are made available. The government will start with healthcare workers, OAPs and the army.
By bne IntelliNews December 3, 2020

Putin ordered Deputy Prime Minister Tatyana Golikova to begin mass vaccinations, adding that more than 2mn doses are already available for distribution or can be ready in several days.

“Mass vaccinations should have a limited impact on our growth expectations, but they should ease concerns about stricter lockdowns in 4Q20 and 1Q21,” Sova Capital said in a note. “We think the epidemiological situation could drag down economic activity from a contraction of 3.6% year on year in 3Q20 to a deeper contraction of 4% y/y in 4Q20. We keep our 2021 GDP growth forecast at 2.8% y/y.”

Vaccinations will be voluntary and free of charge for Russian citizens, with teachers and doctors the priority, assuming they agree to be vaccinated.

Earlier, analysts estimated that provided there was sufficient supply of the Sputnik V vaccine, Russia’s entire population of over-65 year-olds could be vaccinated within two months. A mass vaccination should lead to a rapid fall in infection rates that have been running at record levels of over 25,000 a day in the last month.

Mass vaccinations have already started in the army. According to Minister of Defence Sergei Shoygu, 80,000 soldiers and officers will be vaccinated by the end of this year (2,500 have already been vaccinated). Overall, the ministry plans to vaccinate 400,000 members of Russia's armed forces. 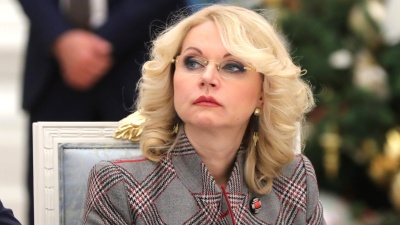 President Vladimir Putin ordered Deputy Prime Minister Tatyana Golikova, who is in charge of the social sphere, to begin mass vaccinations from December 7

The Gamaleya Research Institute of Epidemiology and Microbiology that developed the vaccine reported that the interim results of the third phase of testing showed its vaccine to be 92% effective. Side-effects were seen in 15% of participants during the clinical trials, according to Alexander Gintsburg, the institute’s director.

Two Russian vaccines have already been registered (Sputnik V and EpiVacCorona from Vektor), and another one is preparing for the third phase of clinical trials.

According to The Bell, the first foreign vaccines that could reach the Russian market are from CanSino Bio and AstraZeneca, which will be produced in Russia under licence. Russia has been participating in the trials of these vaccines, and local pharmaceutical companies have agreed to localise their production.

“Mass vaccinations should have a limited impact on our growth expectations, but they should ease concerns about stricter lockdowns in 4Q20 and 1Q21. On the one hand, it is unclear whether production capacities are enough to cover the desired volumes next year; on the other hand, Russians are concerned about the efficiency of the Sputnik V vaccine and its possible side-effects,” Sova Capital said.

Russia has been suffering from a second wave of coroanvirus (COVID-19) since September, with the number of new cases reaching 27,000 per day by the end of November. The number of new cases has gradually dropped over the past week from 27,543 per day to 25,345 per day as of yesterday, December 2. Leading indicators, such as a keyword search in Yandex, point to the peak having passed, but they do not suggest that the second wave is anywhere near over.

“With the introduction of vaccines, authorities are unlikely to impose stricter measures in 2021 either nationally or regionally, although they could extend the existing ones. We think the epidemiological situation could drag down economic activity from a contraction of 3.6% y/y in 3Q20 to a deeper contraction of 4% y/y in 4Q20. We keep our 2021 GDP growth forecast at 2.8% y/y,” Sova concluded.

All of these forecasts are overly optimistic, according to The Bell. Putin spoke today about 2mn doses “in the coming days.” Tatyana Golikova on November 24 called the same figure, but already "until the end of 2020". The Bell source familiar with the process says that no more than 500,000 doses will be ready by the end of the year.

A source at one of the companies working on the vaccine told The Bell today that "it is clear that the number of vaccines that will be available in winter is too small to vaccinate the required population."

So far, as Golikova said on November 24, 117,000 Russians have received the vaccine (including within the framework of the so-called "post-registration tests").

At the beginning of November, the drug began to be supplied to the regions, but so far in microscopic doses. At the end of November, RBC collected reports from large regions (Tatarstan, Perm Territory, Bashkiria), which called the same numbers: 84 doses needed to vaccinate 42 people. The Governor of St Petersburg, Alexander Beglov, said that 400 doses were received in St Petersburg, and 4,667 doses should be received by the end of the year. Moscow did not disclose similar numbers.

The problem is the scaling up of vaccine production at the facilities of the four pharmaceutical companies that are producing it. In early November, The Bell wrote that none of the manufacturers could produce a stable drug, which means that they cannot yet produce it in a large batch.

One of The Bell's sources is confident that the real mass vaccination will not begin until mid-late spring. A source close to the government assures that this will happen "before spring", but only after "it is clear that there will be no disruptions from the start of the vaccination, it will gradually go across the country."