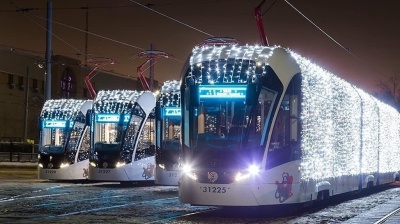 Several ministries of the Russian Federation, including The Ministry of Finance, the Ministry of Transport, the Ministry of Natural Resources, the Ministry of Economic Development, as well as the Federal Agency for Maritime and River Transport (Rosmorrechflot) supported the draft government decree on conducting an experiment on the operation of self-driving vessels, reports East-West Digital News (EWDN).

The Ministry of Industry and Trade will be able to use the results of the experiment to organise production and install automatic and remote control systems on ships.

Alexander Pinsky, head of the MariNet industry centre of the National Technology Initiative, explains that the main goal of the project is to ensure that from January 2021 any shipping company can equip its merchant or technical vessel under the Russian flag with autonomous navigation systems and legally use them in regular commercial activities.

The idea of ​​autonomous navigation in Russia was described in 2016 in the “roadmap” of the MariNet industry centre of the National Technology Initiative. The work on the project began in early 2019. In September 2019, the Ministry of Industry and Trade signed a contract with the Kronstadt Technologies company for the “development of a unified technological platform for unmanned management of commercial marine vessels for various purposes”. Also, a regulatory system, which is planned to be approved in the fall, was prepared within the framework of the National Technology Initiative.

According to the press service of the self-driving vehicles division of Yandex, the aim is to develop a universal unmanned control system that can be applied to any transport platform – cars, trucks, buses or even delivery robots.

This article combines materials in Russian language from RBC and the .