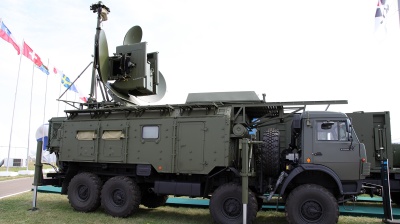 The report claims Russia brought down the drones with its Krasukha (“Deadly Nightshade”) electronic warfare system.
By bne IntellIiNews October 21, 2020

Russian forces brought down nine Turkish Bayraktar TB-2 drones that flew near Russia’s military base in Gyumri, Armenia, located near the Turkish-Armenian border, according to an October 21 report out of Yerevan published by BulgarianMilitary.com.

Also amid the Nagorno-Karabakh conflict between Armenia and Azerbaijan, Russia has deployed a “large” number of border guards to work with Armenian counterparts assigned to protect Armenia’s only border with Iran, Armlur.am reported sources as saying late on October 19.

bne IntelliNews has not verified either report but, on a cautionary basis, is relaying the articles as the complexities of the near-month-long conflict—which observers worry could suck in Russia, Turkey and Iran by design or accident—intensify.

Russia has thus far stayed out of the conflict despite its Collective Security Treaty Organization (CSTO) security pact with Armenia. Moscow also has close ties with Azerbaijan and CSTO provisions do not cover Nagorno-Karabakh, a self-proclaimed republic controlled by ethnic Armenians but internationally recognised as part of Azerbaijan. Nevertheless, if the armed exchanges were to spill over into Armenia proper in a major way, that could conceivably change. For its part, Turkey continues to deny Armenia’s claims that it has supplied close ally Azerbaijan with military advisers, Syrian militia mercenaries, F-16 fighter jet support and armed drones in the showdown. Turkey has, however, been bellicose in its support for Azerbaijan in the conflict and has poured cold water on attempts at securing a ceasefire and peace talks.

In its report, BulgarianMilitary.com said there was so far no information if the downed drones were in the service of the Azerbaijani armed forces or Turkish armed forces. It cited Russian journalists from Avia.pro as saying Russia used its relatively new Krasukha (“Deadly Nightshade”) mobile, ground-based electronic warfare system to knock the drones out of the sky with jamming.

The news server said: “Military experts say that if Russia’s e-war system continues to operate at a similar pace, Ankara and Baku will significantly limit the ‘provocative drone warfare’ as drone losses are expected to reach extremely high levels, especially after Turkey lost a large number of them in Syria.”
​ 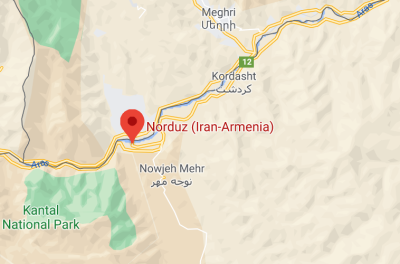 The only major border crossing between Iran and Armenia is Meghri-Norduz. It is located on a short 44-km frontier with Azerbaijani territory to both the east and west (Image: Google Maps).

There have been multiple claims of Russia sending arms to Armenia during the ongoing conflict via the Meghri-Norduz land crossing on the Iranian-Armenian border—denied by both Moscow and Tehran—while Moscow also sees Syunik as the southern flank of the Russia-led Eurasian Economic Union (EEU). Iran and the EEU launched a preferential trade agreement in October last year.

Russia cannot send arms to Armenia via Georgia given its unresolved disputes with Tbilisi over breakaway territories.

On October 20, Azerbaijan said its troops had recaptured Zangilan, a town east of the Syunik corridor. It was occupied by ethnic Armenian forces during the Nagorno-Karabakh War that concluded in 1994. 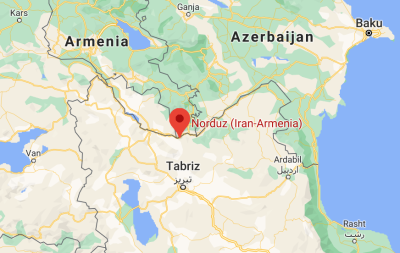