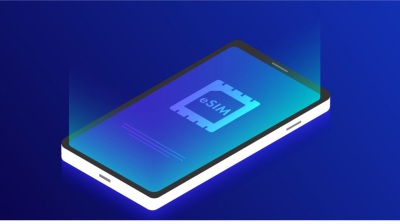 Russian mobile phone operators are exploring the promising eSIM technology, but the government's attempts to control and centralise the technology are likely to create hurdles
By Vladimir Kozlov in Moscow January 25, 2021

The communication ministry recently unveiled plans to create a storage system for user profiles of virtual mobile phone SIM cards based on eSIM technology, explaining it by the need to ensure better protection of subscriber data.

The task will be carried out by the central research institute for communications, which is part of the communications ministry and is known under the Russian acronym TsNIIS.

eSIM technology facilitates the creation of virtual SIM cards, which allows mobile phone subscribers to simultaneously use the services of several operators. Over the coming years, this tech, which is already supported by dozens of mobile devices available on the market, is expected to replace traditional, physical SIM cards.

However, there is no legal basis for the use of eSIM in Russia at this point. Russian mobile phone operators use various solutions for storing virtual SIM card profiles, including those developed by foreign companies – something that Russian authorities have been uneasy about in recent years.

Therefore, TsNIIS offered to create and manage a centralised platform for storing eSIM user profile info, based on locally developed software. If the idea is accepted, all Russian mobile phone operators will be obliged use the database.

The Ministry of Digital Development, Communications and Mass Media has supported the idea but said the operator of the eSIM platform will have to be selected by means of an open tender, Kommersant reported.

Meanwhile, the concept of a platform suggested by TsNIIS contradicts the decentralisation drive, which has been the trend in the global IT industry over the last few years.

Russian mobile phone operators have said that decentralised storage of eSIM profile info by different companies is more secure, while operators could also create their own platforms.

Apparently, TsNIIS is looking for a greater role in the adoption of eSIM technology. In the spring of 2020, the communications ministry reportedly began looking for a company to be put in charge of the eSIM roll-out in the country, and TsNIIS was considered as a possible contender, RBC reported.

While the authorities are trying to come up with a way to control the promising eSIM segment, Russian operators already tested the technology last summer. VEON (formerly Vimpelcom) and Megafon offered their users the eSIM option in July 2020.

Unlike regular physical SIM cards, a customer doesn’t have to visit a mobile phone operator's outlet or have a SIM card delivered to them. Connection to a cellular network takes only a few minutes and is done remotely.

eSIM technology is already available on iPhone XS, iPhone XS Max and iPhone XR, as well as on some Samsung, Huawei and Honor smartphones and Apple smart watches.

Experts predict that the use of eSIM technology will step up in the years to come and has the potential to revolutionise the mobile phone sector.

However, Russian mobile phone operators might face another obstacle in addition to the requirement to use a centralised eSIM user profile database. Last year, authorities announced plans to launch a major nationwide scheme for remote biometrical identification of all telecom service users.

Apart from the system's cost of RUB10mn ($136mn) a year, which will be passed on to the telecom operators, the very concept would put in question the remote connection of users who are not Russian residents and the operability of the eSIM functionality in general.

Reportedly, the scheme is being pushed by state-run Rostelectom, which has been appointed the operator of the national biometric identification system.