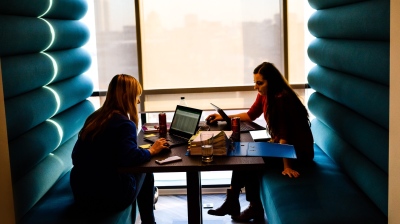 Enterprise robotic process automation (RPA) software company UiPath, founded by Romanian entrepreneurs, is preparing a new round of financing that would increase its market value to over $10bn, Bloomberg reported citing people familiar with the matter.

This new funding would mean a significant increase from the last round, which took place in April 2019 and valued the company at $7bn.

The company had revenues of $360mn last year.

Founded in Romania in 2005 under the name DeskOver and renamed UiPath in 2015, the company has the CIA, the US Navy, McDonald's Corp, Duracell, and Swiss Re among its clients.

In 2018, it became the first startup founded in Romania to acquire unicorn status (a valuation of over $1bn).

One of the company’s founders and owners, Daniel Dines, said in February that the company was also considering an initial public offering (IPO).