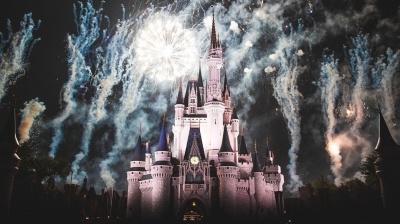 Bucharest-based game developer Amber will merge with Scorpius Games, another local independent game studio in the country, Amber announced on its Facebook page on March 11.

The Scorpius Games team will come with experience in Unreal Engine, a graphics engine that provides a suite of development tools for video game development, allowing Amber to consolidate its expertise as a multi-platform game developer.

“We're thrilled to officially announce our merger with Scorpius Games! We're sure this is the beginning of an exciting partnership!” said the post from Amber.

“Last year, we worked together on advanced technologies based on Unreal Engine and we are pleased to take this relationship to the next level,” said Eugen Udrea, CEO of Scorpius Games, Profit.ro reported.

“This mutual partnership develops our technical expertise, while also offering Scorpius Games access to our production capabilities. We will continue to develop their new video game, PositronX,” added Mihai Pohontu, CEO of Amber.

Amber was launched with the aim initially of providing services to the international gaming industry, and later to develop its own games.

The company has partnerships with Disney, NBC Universal, Paradox Interactive, Rovio, That Game Company, Raw Fury and many others. Some of the most popular gaming companies Amber has worked with or are still working with are Disney, Paradox Interactive, Rovio, NBC Universal, Kixeye, Glu, Kabam and That Game Company. Amber has developed games such as Rumble Heroes, Link Twin, and Cinderella Free Fall and contributed to the development of successful titles such as Sky: Children of Light, Gorogoa and others.

Amber is one of the largest of the local game development studios in Bucharest, which has become an important destination for this segment. Not only have big international firms set up in Bucharest to take advantage of the talented (and relatively cheap) workforce, but there are also a growing number of mid-size players like Amber as well as the small indie game developers that are now springing up in increasing numbers in Romania.