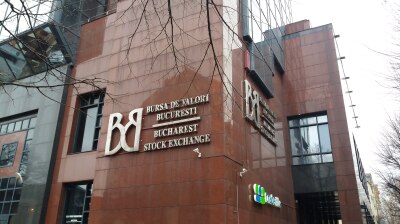 Romanian developer One United Properties will embark on a 10% IPO between June 22 and July 2, with its shares to be listed on the Bucharest Stock Exchange. The company expects raise RON263mn (€54mn), pricing the company at up to RON2.63bn (€540mn).

The Romanian Financial Supervision Authority (ASF) approved the prospectus for the company’s IPO at a meeting on June 16.

60% of the public offer is addressed to a tranche of institutional investors, and the remaining 40% to retail investors.

The company has hired BRK Financial Group to manage the IPO, while Swiss Capital will be part of the distribution group.

One United took out several loans ahead of the IPO. Most recently it was revealed that it secured more financing ahead of its imminent 10% IPO by approving last month syndicated loans with a cumulative value of €78mn for its subsidiaries, Economica.net reported quoting the Official Gazette.

Recently, the developer also announced that it had raised €50mn from Swiss and international investors through a Swiss-registered vehicle, and the money will be used for real estate developments locally.

As regards the €78mn syndicated loan, it is the largest syndicated loan that a Romanian developer has accessed on the real estate market in recent years.

One United Properties will soon access the financing extended by BRD - Groupe Societe Benerale, Erste Bank (Austria) and Banca Comercială Romana (BCR) to two companies through which the Cotroceni Park project in Bucharest is being developed. One United Properties holds 72% in each of the two subsidiaries.

One Cotroceni Park Office (one of One United properties’ subsidiaries)  will contract a loan of up to €40mn for financing and refinancing the development of two office buildings (A&B) with a gross leasable area of 46,643 sqm, as well as a credit facility of up to €6mn for the partial financing of VAT during the construction phase.

One Cotroceni Park Office Phase 2 (the other subsidiary) will contract a loan of up to €29mn for financing and refinancing the development of an office building (C) with a gross leasable area of 34,688 sqm, but also a credit facility of up to €3mn for the partial financing of VAT during the construction phase.

It also raised €50mn from the Black Sea Trade and Development Bank (BSTDB) in February to cover the development costs of the One Tower green office building.

Earlier in June, One United announced that an investment company controlled by UiPath co-founder Daniel Dines acquired 5% of the shares of the company. The terms of the deal were not disclosed.

However, a report from international real estate services company JLL forecasts an increase in vacancy rates in the Bucharest office market as new properties come onto the market, though the sustainability of the work from home drive, prompted by the pandemic, may be overrated which would see workers eventually returning to offices in larger numbers.

The latest market report from JLL shows that after 155,200 sqm of new offices were delivered in Bucharest in 2020, the pipeline for 2021, including properties already delivered during Q1, totals almost 256,000 sqm. This is a year-on-year increase of 65%.

The vacancy rate continued to increase in Q1, from around 11.3% during the previous quarter, to 13.4%. Considering that the vaccination campaign against COVID-19 is likely to take the whole year, the return of workers to offices is expected to be gradual. This, combined with significant new deliveries, will probably further increase the vacancy rate, JLL report concluded.