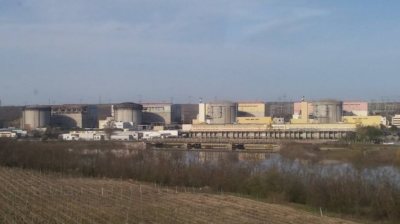 The company's management formally asked for the shareholders' approval to take further steps in this direction, according to a report on the Bucharest Stock Exchange (BVB). However, the government has initiated the procedure and, as the majority shareholder, it also has the power to decide this.

In 2015, Nuclearelectrica signed a memorandum of understanding with CGN to construct reactors 3 and 4.

Previous Social Democrat governments facilitated the agreement with the Chinese group, which has been criticised by Romania's strategic partners, G4media.ro wrote. The "criticism" was related to security issues tied to the use of Chinese technology.

In fact, the “criticism” mentioned by G4media.ro most likely refers to a memorandum signed between Romania and the US on strategic issues.

Former Romanian prime minister Viorica Dancila and US Secretary of Energy Rick Perry signed a memorandum of understanding between Romania and the US on strategic civil nuclear cooperation in New York on September 24.

The document “to promote state-of-the-art technologies in the nuclear field” is likely to have an impact on Romania’s plans to develop another two reactors, at that moment envisaged to be built with a Chinese partner.

In August last year, the US included CGN on a blacklist for allegedly trying to get nuclear technology from the US to be used for military purposes in China.

Liberal Prime Minister Ludovic Orban announced in January that the government would exit the deal with its Chinese partner. He invoked the European Union's Green Deal rather than security issues or cost concerns circulated previously as the main reason behind a potential end of the deal with CGN to expand Romania's only nuclear power plant.

Romania’s state nuclear company Nuclearelectrica needs €3.0bn-3.5bn to develop the third nuclear reactor of the Cernavoda nuclear power plant using its own resources and bank loans, but it needs state guarantees to make the project bankable, said Theodor Chirica, a member of the company’s board and it former CEO, estimates in February.

With a partner, the company can develop two reactors he said — implying that the partner will probably not be the Chinese company that has been in talks on a joint venture until recently.