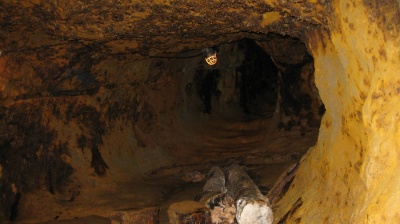 The historic site of Rosia Montana, a gold mining area in Romania dating back to the period of the Roman Empire, was included on UNESCO’s world heritage list on July 27.

Canadian mining company Gabriel Resources has been seeking to build Europe’s largest gold mine in the area, but the project has been the subject of a long-running and high profile campaign to prevent development of the deposit for years.

Rosa Montana was one of 13 sites in Africa, Asia, Europe, Latin America and the Middle East added to the world heritage list on July 27. At the same time, it was added to UNESCO’s List of World Heritage in Danger “due to threats posed by plans to resume mining which would damage a major part of the inscribed mining landscape”, the organisation said.

Canadian TSX Venture Exchange listed Gabriel Resources received a 20-year concession contract for a gold mining project, in association with a local state-owned company, back in 1997. However, following environmentalists’ protests and diverging views shared by the governments with diverse political orientations over the years, the final permits were not issued and the project has stalled.

Romania’s government of technocrats headed by Dacian Ciolos, now part of the junior ruling party USR PLUS, asked in 2017 to place the historic site under UNESCO protection. At that time, Rosia Montana Gold Corporation (RMGC, the project company operated by Gabriel Resources), had already opened arbitration procedures against Romania at the World Bank’s International Centre for Settlement of Investment Disputes (ICSID) arbitration tribunal. Subsequently, Gabriel Resources/RMGC sued Romania though the ICSID and asked for damages of $4.4bn from Romania for the blocking of the mining project.

In Romania, the reactions were diverse and broadly political.

The mayor of Rosia Montana criticised the UNESCO protected area status, claiming that it would lead to more bureaucracy and costs for the locals, while not mentioning the opportunities brought by the status.

A state can decide to withdraw the UNESCO status from a protected area and Romania may decide in the future this, if ‘green’ mining technologies are developed, Cioroianu added.

Ciolos, who as a prime minister avoided submitting the Rosia Montana file to UNESCO (one of his ministers did it, in the last day of his mandate), cheered the decision as “the greatest present for my birthday” and President Klaus Iohannis, who also avoided the topic, applauded the decision recommending “sustainable development” of the area.

While the ruling coalition unanimously cheered the UNESCO decision, Gabriel Resources said the decision went against its rights.

“Such application [for UNESCO protection] and the inscription [in the list of protected areas] are fundamentally incompatible with the rights the Gabriel group acquired to develop the project and the continued existence of an exploitation mining license for the project area. These acts, promoted by the Romania government, ignore the existing and valid decisions of Romania’s Ministry of Culture removing the vast majority of the project area’s status as a protected archaeological site and clearing the area for mining activities. Furthermore, most of the cultural heritage for which protection is sought through the UNESCO application and which was identified by the extensive archaeological research programs funded by Gabriel would have been protected in any event by the project irrespective of the inscription,” the company said in a note to investors.

The company stressed that “UNESCO Application and Inscription are fundamentally at odds with Romania's obligations under its investment treaties in relation to Gabriel's investments and these acts, together with other measures taken.”

Former finance minister Alexandru Nazare of the ruling National Liberal Party (PNL) reportedly claimed earlier this year that Romania should pay $5bn compensation if it puts the site under UNESCO protection (which would demonstrate its resistance to the gold mining project) but only $1bn if it withdraws the request for UNESCO protection.