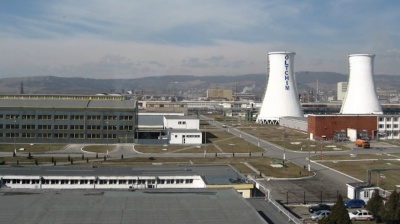 Also, on April 15, the company completed the first stage of the strategy for preparing its listing on the Warsaw Stock Exchange (WSE).

Chimcomplex' main rival in the region, Polish group PCC, is also listed on the WSE. PCC was a significant shareholder of Romanian chemical company Oltchim, whose core assets were taken over by Chimcomplex. Trading its shares on the same exchange (as well as on the BVB) would provide more visibility to the Romanian group and this was most likely the logic behind this move.

The share issue was the first step of a bigger capital increase aimed at financing the investments and the functioning of the two industrial platforms operated by Chimcomplex.

The company's owner Stefan Vuza outlined plans for a hydrogen plant at Chimcomplex' Oltchim plant in Valcea with an estimated cost of €500mn-1bn earlier this year.

In the last six weeks, the board of directors has been negotiating with 64 investors who wanted to subscribe to the capital increase.

The board of directors of Chimcomplex recommended to the other 60 investors to participate in the next stage of the capital increase, which will open by the end of 2021.

Chimcomplex’ shareholders will approve the issue of another 129mn shares, or nearly 55% of the current number of shares.

During the pre-emptive period, the shareholders will be entitled to buy 0.55 new shares for each share held, at the book value (nearly three times cheaper compared to the market value).

The Romanian company has a capitalisation of RON823mn (€168mn), and since the beginning of the year its shares have rallied by 43%.

In 2020, the company recorded a turnover of RON1.2bn and a net profit of about RON95mn.

In 2018, Chimcomplex took out a loan from the London financial market and bought all the assets of the insolvent state-owned chemical plant Oltchim Ramnicu Valcea for €164mn. There is a synergy between the two industrial platforms.

The takeover is likely to result in a stronger company, but the challenges are large as well. The two companies have very similar industrial profiles: both were designed as vertically-integrated chemical platforms supplied with feedstocks from nearby refineries (Arpechim for Oltchim and Rafo for Chimcomplex). They were designed in the 1960s by the communist regime and gradually developed. But the two had different destinies after the fall of communism.

In contrast, Chimcomplex was privatised in 2003 to a network of companies controlled by local investor Vuza, who took advantage of the opportunities generated by the privatisation of industrial assets during 1999-2004.

Oltchim remained in the state’s hands with a management that was accused of corruption — creditors sued former Oltchim CEO Constantin Roibu who headed the company from 1991 to 2007, claiming €500mn was siphoned out of the company, but they lost in court — as well as a hostile minority shareholder, German PCC SE, the owner of PCC Rokita of Poland. PCC SE’s stake in Oltchim surged from 4% to 12% in 2007 when the state reversed a capital increase made in 2003 but challenged in court by PCC SE. The court admitted PCC’s request to reverse the capital increase in 2005. In 2011, Cyprus-based Nachbar Resources, controlled by Carlson Ventures, bought a 12% stake in Oltchim from SIF Oltenia. PCC SE went on to purchase more Oltchim shares, and in 2013 Nachbar acquired a 32% blocking stake.