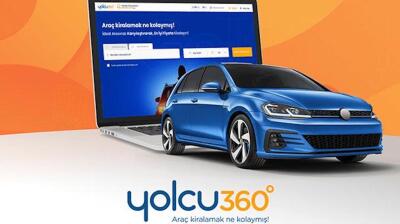 Nobody came close to matching Yolcu360 in growth.
By Akin Nazli in Belgrade February 20, 2021

Turkish rent-a-car app Yolcu360 has expanded its turnover by 10,632% in the past four years, the Deloitte Technology Fast 50 Turkey 2020 ranking showed on February 17. Next best for increased turnover was seven year-old virtual studio developer Zero Density with 3,404%.

Deloitte has compiled the ranking since 2006.

Online streaming platform BluTV, launched in Turkey in 2016 and then in the Middle East and North Africa (MENA) market two years later, ranked third in the ranking, clocking 3,277% in turnover growth. The company recently attracted investment from Discovery.

In January, Obilet was ranked 39th in the Union of Chambers and Commodity Exchanges of Turkey (TOBB) Fastest Growing Turkish Companies ranking, with its revenues in the range of TRY5-20mn.

In 2019, the European Bank for Reconstruction and Development (EBRD) provided $4mn in equity financing to Obilet.

The company is a market leader in Turkey in the B2B and B2C segments, with around 200 bus firms in its network, a monthly 15mn visitors and 5mn app downloads.

Istanbul-listed Aselsan (ASELS) and subsidiary AselsanNet, along with Innova, Karel (KAREL) and Logo Software (LOGO) have this year received the Big Stars Award.

Companies which saw revenues higher than €50mn in the 2019 financial year were ranked in the Big Stars category.

Aselsan, Turkey’s leading defence company, which has been among the top 100 global defence companies for the past 13 years, provides the Turkish armed forces and 63 export destinations with high-tech warfare communication systems.

Aselsan’s revenues were up 10% y/y to TRY8bn in January-September (see chart below). The company will on February 23 release its 2020 financials.

Business software developer Logo, established in 1984, became the first software company to go public in Turkey in 2000. It has a 66% free-float rate.

Telco equipment maker Karel, established in 1986 and listed in 2006, is among the top three PBX (private branch exchange) producers in Europe.

In January-September last year, Karel’s revenues rose 19% y/y to TRY646mn. The company is obliged to file its 2020 financials on the public disclosure platform (KAP) by March 11.

Innova, established in 1999, exports products and services to 37 different countries. It groups fintech brand PayFlex, the SkywaveloT brand in the Internet of Things (IoT) category, Lega in accounting, HICAMP in health-tech and AvioFlex in aviation.

Turkcell’s (TCELL) Paycell, one of 22 authorised electronic money institutions in Turkey, increased the number of its users to 4.6mn at end-September from 4.5mn at end-2019. Revenues rose to TRY205mn in January-September last year after rising 35% y/y to TRY252mn in 2019.

Paycell is also active in Ukraine.

Turkcell is to release its 2020 financials on February 19.

Akbank’s (AKBNK) pay-tech Akode has received the Facebook Women in Tech award thanks to its general manager Sitare Sezgin. Akode has a banking app named Tosla.

The Cross Border Award was launched last year for companies that export more than 50% of their sales.

Prop-tech Apsiyon retained its place in the 2020 top 50 ranking. The company also placed 85th in TOBB’s ranking this year. Its revenues were in the range of TRY5-20mn in 2018.

Digital commerce software developer Inveon, launched in 2006, merited a present in the ranking for the fourth consecutive year. Inveon’s platforms are used by more than 40mn shoppers in 14 countries.

Other companies in Deloitte’s Turkey 2020 ranking:

Infrasis (also present in the 2019 ranking),

Prosense (also present in the 2019 ranking),

Testinium (also present in the 2019 ranking),

For the first time this year, Deloitte has launched a category named the “Runner Ups List” for companies younger than four years-old.

The companies in the main category will also compete in the Deloitte Technology Fast 500 EMEA 2020 programme.