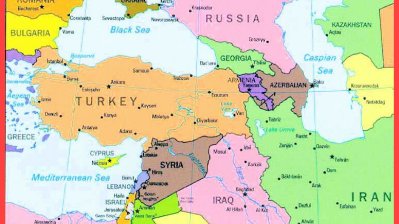 Questions are growing over how it is that Turkey is still claiming to be coronavirus-free despite being surrounded by neighbouring countries with confirmed cases of the illness—including Iran, which has the world’s third biggest outbreak.

On March 6, CNBC reported the irritation of Iranian oil minister Bijan Namdar Zangeneh, who was widely taken to be referring to countries including Turkey and North Korea, when he told reporters ahead of an OPEC meeting in Vienna: “I believe that we are announcing and declaring our situation and some countries don’t say anything about their situation.”

Iran was initially criticised for being slow off the mark in acknowledging its coronavirus status but was this week praised by the World Health Organisation (WHO) for “switching on” to the coronavirus outbreak… and taking a fresh “all-of-government approach”. By around 13:00 GMT on March 7, Iran had logged 5,823 coronavirus cases including 145 deaths.

Zanganeh also said that Iran has not “received any important assistance from any country” to help deal with the epidemic and accused US Secretary of State Mike Pompeo of “lying” when telling US House representatives that the US had made offers of humanitarian assistance to help Iran contain the outbreak.

Turkey’s economic situation is fragile and a severe hit to its big tourism industry—which accounts for 13% of the country’s economy—from coronavirus-triggered holiday cancellations would make it even more so.

On March 7, as fears of a global recession mounted, one of S&P Global’s top sovereign analysts said that Turkey, other lower-rated emerging markets and some oil producers will face the biggest pressure on credit ratings from the coronavirus.

Frank Gill, S&P Global’s senior director of Europe, Middle East and Africa sovereign ratings told Reuters that “this coronavirus epidemic is clearly going to weigh on any tourism economy in 2020”.

One worry for many countries in the face of the coronavirus crisis is the prospect of their domestic currency tumbling, making it more costly to pay debt borrowed in hard currencies like dollars. “We are looking at Turkey very closely,” Gill said in relation to this point.

March 7 brought a report from bianet in which the Turkish Medical Association (TTB) confirmed that Turkey, a country of 82mn people, has not recorded any coronavirus cases. TTB chair Sinan Adiyaman told the media outlet that "the mistrust among the citizens against the Health Ministry” was “saddening”.

"There are not any cases right now. If there were cases, if it spread, it would be evident. The patients would be gathered in one place and deaths related to [coronavirus] would be seen. We are not hearing about this from anywhere. We have never received information from our physician colleagues in this manner,” Adiyaman added, stating that the TTB COVID-19 Monitoring Group receives information from medical chambers from all provinces across Turkey.

Even if Turkey officially avoids the coronavirus altogether, it will of course suffer major foreign trade impacts caused by the epidemic. On March 6, Al-Monitor reported how Turkey’s closure of its only border crossing with Iraq amid a spike in coronavirus cases in its southern neighbour has disabled a major trade route, threatening the livelihoods of millions of people.

The Habur crossing—Turkey’s second busiest crossing—which opens into Iraqi Kurdistan, was sealed off on March 1, a week after Turkey closed its border with its eastern neighbour Iran.

“Currently our monthly exports to Iraq are worth some $800-900 million. There are also the transit shipments via Turkey,” Nevaf Kilic, head of the Turkey-Iraq Industrialists and Business People Association, told Al-Monitor. “Some 2,500 trucks cross through Habur daily. The closure of the crossing is a blow to the livelihoods of millions of people.”