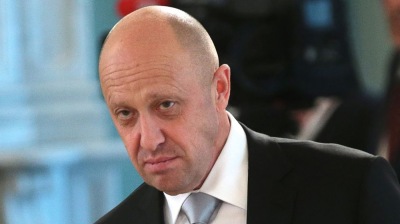 Yevgeny Prigozhin, known as “Putin’s Chef” and a closer personal friend of the Russian President, has followed through on threats to leave Navalny “penniless and shoeless." Bailiffs have seized his apartment.
By Ben Aris in Berlin September 25, 2020

Prigozhin earned his moniker because he runs a catering service that supplies the Kremlin. He also heads the notorious Wagner military mercenaries company that was contracted to fight on Russia’s behalf in Syria and in other clandestine operations in the Middle East and Africa.

Last year Prigozhin took personal ownership of a RUB88mn ($1.1mn) damages award imposed by a court on Navalny for a libel case he lost after he accused Prigozhin of causing a dysentery outbreak among Moscow schoolchildren linked to contaminated lunches. Prigozhin’s catering company also has a lucrative state contract to supply school lunches in Moscow.

Navalny was released from a hospital in Berlin earlier this week having survived an attack, which used the deadly Novichok nerve agent, that is widely believed to have orchestrated by the Kremlin, or forces close to the upper echelons of power.

Even while Navalny was in a coma, Prigozhin threatened to leave Navalny“pennilessness and shoeless” if the opposition leader survived his poisoning. Today, Russian "authorities” pursued Navalny by asking bailiffs to recover the debt should the activist recover.

“Instead of siding with the affected children, the court sided with Prigozhin,” Yarmysh said in a video on Twitter as cited by the Moscow Times. “As a result, they seized the assets and the apartment of a person who was in a coma,” she said.

The court marshals’ seizure bans Navalny from selling, renting out or leaving the apartment in a will but does not mean he can no longer live there, Yarmysh said.

Navalny is currently still in Germany where he is recovering from the effects of the Novichok. He is up and about but says he still cannot drink a glass of water without help. Doctors say he will recover but that it is too early to say what the long-term effects of the poisoning will be. The incident has caused a major international scandal and could lead to fresh sanctions on Russia, as Novichok is a chemical weapon that is banned under international treaties to which Russia is a signatory.

Russia denies that Navalny was poisoned and complains that Germany is not sharing its findings in order for authorities to launch an investigation at home.