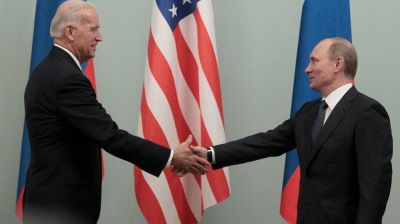 Russian President Vladimir Putin has formally accepted US President Joe Biden’s invitation to a one-on-one summit, via his representatives during a high level diplomatic meeting in Geneva on May 24, Kommersant reports.

Russia’s Secretary of the Security Council of Russia Nikolai Patrushev met with the Assistant to the President of the United States for National Security Jacob Sullivan in Geneva on May 24 and accepted Biden’s invitation, the White House confirmed in a statement.

Patrushev is one of Putin’s closest associates and both have served as the head of the Federal Security Service (FSB)  during their long careers at the top of Russia's political elite.

The meeting is slated to happen on June 15 or 16 in a “third country, although the exact date and venue have not been decided yet and will be announced later,” reports Kommersant, adding that Switzerland is the current favourite out of the possible locations.

“The talks were held in a constructive manner and, despite the persisting disagreements, made it possible to better understand each other’s positions,” the White House press service said in a statement. “A wide range of issues of mutual interest were discussed. Priority attention is paid to the topic of strategic stability. Confidence was expressed that mutually acceptable solutions could be worked out in a number of areas."

As emphasised in the message, "the parties agreed that the normalisation of Russian-American relations would not only meet the interests of the two countries, but would also contribute to predictability and stabilisation in the global arena."

The White House added that, in addition to organising the summit, the situation around Belarus was discussed at the talks in Geneva.