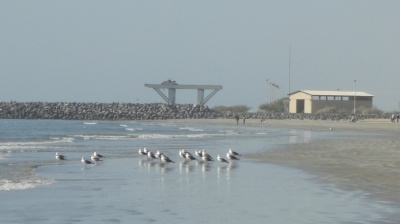 A deal for oil pipeline pumps has been signed as Iran pushes ahead with a project to construct a $1.8bn pipeline to its port of Jask—one big significance of Jask is that it is located outside the mouth of the Persian Gulf on the Sea of Oman, meaning oil shipped from the port may avoid any disruption to routes caused by the Islamic Republic’s showdown with the US and Saudi Arabia over Washington’s sanctions regime and refusal to respect the 2015 nuclear deal.

Petroleum Engineering and Development Company (PEDEC) signed the deal with three Iranian industrial manufacturers to produce pumps for the pipeline that will run from Goreh, on the Persian Gulf in Bushehr Province, to Jask, official energy news agency Shana reported.

Iranian firms are relying on local technology to continue the expansion of Iran’s oil and gas industry because foreign companies are no longer willing to enter the marketplace due to anxiety that they might get hit by US sanctions.

Backed by the Petroleum Ministry and Oil Minister Bijan Namdar Zanganeh, the contract is estimated to be worth €48mn. Delivery is expected to be around five years from now.

Iran has been planning since at least 2012 to set up a terminal at Jask Port (Bandar e-Jask), just outside the Strait of Hormuz, the world’s busiest chokepoint for oil shipments.

In a speech, Zangeneh added that Iran would earn as much as €37bn in the next seven years from developing its petrochemical industry. He said that he hoped that exports and development of “value-added” petrochemical products made with Iran’s plentiful crude oil resources would help the country move forward.

On his ministry’s Twitter account, the minister added: “The project would transform the region as various oil storage facilities, export jetties, wave breakers and single buoy mooring systems would be built in Jask.”

During the summer, various Iranian officials several times indicated that Iran would be prepared to blockade the Hormuz waterway should the US become too aggressive in its attempt to shut off world oil markets to Iranian crude exports.

The switch to the Gulf of Oman for Iranian oil shipments will not happen overnight. PEDEC, Petro Omid Asia Co, and National Iranian Oil Company (NIOC) have been given three years in all to roll out the oil terminal investment.

Storage tanks realised in the first phase of the project are to hold 10mn barrels of crude, while those built in the second phase will add extra capacity amounting to 20mn barrels.

Hungary has so far drawn down €239mn of a €10bn loan from the state of Russia for an upgrade of the Paks nuclear power plant, it was announced on February 19. Answering an opposition query, ... more