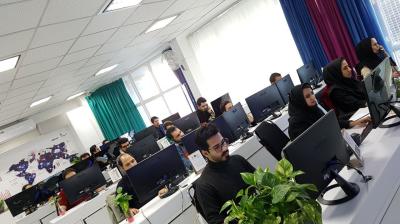 Iranians are ready for 5G, IRIB's possibly not.
By bne IntelIiNews April 30, 2020

Previous reports have suggested that IRIB, the country’s sole broadcaster, was opposed to handing over the frequencies due to fears that it would be further sidelined in the Iranian media landscape. Since the introduction of 4G mobile connectivity in Iran in 2015, online video streaming has taken off, drawing viewers away from the traditional state-run television network of 40-plus channels.

It is estimated that the release of the two frequencies would create 30% more capacity in the telecoms broadcasting spectrum for introducing 5G internet and internet of things (IOT) services. It could also provide a potential windfall of income for the government from a spectrum auction.

Hossein Fallah Joshaghani, deputy director of the Communications Regulatory Authority (CRA), said his organisation and ministerial officials have plans to move frequencies around to prepare the ground to offer more room for telecoms developments.

Joshaghani said: “If the 700 and 800 MHz frequency bands available to IRIB are cleared and released, then it's possible to offer better quality internet and cover a wider area at a third or fifth of the current cost.”

He added that the release of the frequencies to the mobile networks would be beneficial for mobile users in Iran as it would allow “a better quality of experience for subscribers in towns and cities across the country”.

Iran is taking a similar path in the development of 5G internet to those of other countries including the US, Canada, Britain and the EU member states, using the lower end of the broadcasting spectrum for the introduction of 5G.

This frequency range was chosen as it has a larger wavelength and stronger coverage in built-up areas—this is said to allow for a stronger mobile signal and fewer masts per user.

Joshaghani said in an earlier interview that the decision to pick the range was in line with international broadcasting guidelines agreed in 2007 at the World Radiocommunication Conferences (WRC) in Geneva. Iran was an attendee and signatory at that year’s WRC.

“The 700 and 800 MHz frequency bands range from 694 to 862MHz, meaning that if a total of 49 channels are 8-MHz, 28 channels below 694 are still available to the broadcaster and can broadcast digital programmes,” he told ISNA on April 26.

Earlier this year, Iran’s Minister of Information and Communications Technology, Mohammad-Javad Azari Jahromi, said the country was preparing the ground for 5G technologies and that work would start in late March.

However, the debacle over IRIB’s unwillingness to play ball and obfuscate in the face of what would normally be a central government decision has slowed the introduction of the technology and mobile network. 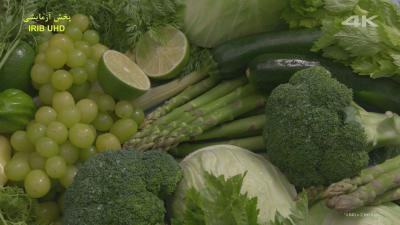 IRIB said it required the full frequency spectrum for the establishment of ultra-high definition (UHD) 4K television broadcasts, which it is experimenting on with a satellite via Eutelsat, testing high-quality images of vegetables.

The national broadcaster has also not yet released terrestrial analogue frequencies. They continue to take up a significant bulk of the broadcasting spectrum despite the introduction of digital terrestrial television in 2014 nationwide. It previously said that it was keeping the broadcasting of the signal for poor households who cannot purchase modern television sets or digiboxes.

Deputy director of development and technology at IRIB, Reza Alidadi, previously stated: "So, in no way can Seda a Sima [the broadcaster’s name in Persian] release any frequencies [to mobile networks]." He added: "Considering the current needs and ongoing plans of the network, it is not possible to free any band."

Meanwhile, third mobile operator Rightel’s CEO Yaser Rezakhah has also urged the release of the frequencies, saying that the country was suffering because of IRIB’s decision to not release them.

Rightel, initially launched as the first 3G network in Iran in 2011, and owned by the Social Security Investment Company (SHASTA) which recently floated on the Tehran Stock Exchange to great fanfare, has suffered in recent years amid the delayed introduction of 3G and 4G  services by competitors Mobile Communications of Iran (MCI) and MTN-Irancell.

Rezakhah told local media: "If I want to analyse this issue, I will start from the point of view that the infrastructure must be provided to the operators because the country needs it."

He said that if Iran looked at how the European Union conducted its wind-down operations of analogue terrestrial, it would see a significant difference between the used operations and procedures and how Iran was handling the 5G situation, adding: “In 2013 the EU introduced laws that allowed analogue TV bands to be surrendered and made accessible to mobile operators that had a two- to three-year opportunity.”

More than 70 to 80% of mobile network traffic in Iran was now video streaming and that traffic was generated inside homes, Rezakhah said. The biggest complaints from customers were about the speed of the internet encountered when they wished to watch movies or use video services, he added.

“We can better solve the intra-building [transmission] problem by using bands lower than one GHz, such as 900 or 700 and 800. We need to change the infrastructure so we can solve the problem of building coverage, which has hampered our internet,” Rezakhah concluded.