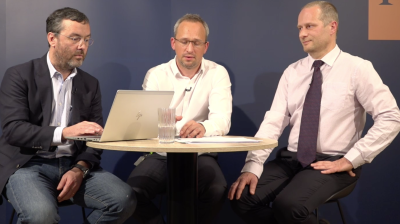 PPF’s third attempt to buy Czech bank Moneta Money Bank is likely to succeed, analysts predict, after the Czech financial group reworked and sweetened its offer. The merger between Moneta and PPF’s Air Bank Group would create the country’s third-biggest banking group by assets and the largest one owned by domestic investors.

“The proposed conditions are much more favourable for existing shareholders than previously. The higher [CZK90 per share] issue price de facto makes the acquisition cheaper from the point of view of Moneta,” broker J&T said in a note.

In the previous offer, made in January, the share price offer was CZK80, but Moneta has improved profitability over the year, as the Czech economy has recovered and interest rates have risen. Over the first three quarters of 2021 the bank raised its net profit by 52% to CZK2.9bn.

On November 18 PPF and Moneta announced that they had agreed a slightly modified version of the reverse takeover proposal PPF voted on in June. At that shareholders’ meeting PPF, which already owns nearly 30% of Moneta, won backing for the merger but failed to achieve the 75% support necessary to pass the share financing mechanism.

Under the new proposal the price Moneta will pay for PPF’s internet bank and associated companies remains the same at CZK25.9bn ($1.16bn), to be financed by the issuance of 255.5mn new shares for a total of CZK20.95bn, with a maximum of 20% of the remaining purchase price funded from the bank’s own resources. Moneta will have around 766.5mn shares after the new issue.

Moneta shareholders can pre-emptively subscribe for one new share at CZK82 for every two they currently own, with the remainder being sold at CZK90.

Afterwards PPF, which has agreed to subscribe for all remaining shares, should have a majority of the bank’s shares and it would then have to make a mandatory offer for Moneta shares of at least CZK90 per share.

PPF said the new offer is not conditional on it gaining a majority stake. “The amended terms offered by PPF are the last possibility for Moneta shareholders to support the proposed merger of Air Bank group and Moneta,” PPF said in a press release. “If Moneta shareholders reject the transaction, PPF will no longer support the sale of its assets to Moneta.”

The new deal will be voted on at an extraordinary shareholders’ meeting on December 20. At the EGM Moneta shareholders will also vote on a proposed CZK3 per share dividend from 2019 and 2020 retained earnings. The bank said it also expected to propose another CZK7 dividend in the first half of 2022 before closing the acquisition.

Back in June, hedge fund Petrus Advisers, which claims to hold 5% of Moneta, and proxy voting firms had criticised the proposed transaction for, amongst other things, overvaluing Air Bank and the other assets in comparison to Moneta. Air Bank was valued at 2.5 times book value, while Moneta was valued at only 1.5 times book. PPF argued the relative valuations derived from the internet bank's greater profitability and growth potential.

The creation of a strong domestically owned Czech bank was the dream of the PPF founder, the late billionaire Petr Kellner, who died in a helicopter crash in March.

Neo-bank Air Bank has up to now focused on retail customers' internet current accounts. In a webcast press conference on its Q3 results on November 19 chief executive Michal Strcula said it would now enter the small and medium-sized business (SME) segment, an area where Moneta is already specialised in. It also plans to expand into investment products, mortgages, construction loans and family banking.

Over the first three quarters of this year the Air Bank Group recorded a 17% increase year on year in net profit to CZK1.472bn, and it has forecast net profit of CZK1.945bn for the full year. Strcula said it wants to raise this to CZK3.5bn in 2025.

Strcula also confirmed that Air Bank did not plan any expansion outside Czechia and Slovakia and had “fully shelved” plans to move into Germany.