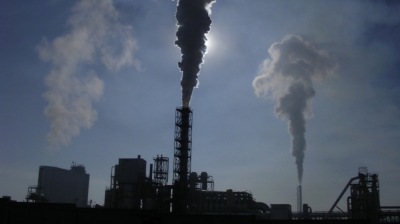 More than 400 miners were striking in Poland’s biggest coal mining company, PGG, as of September 23, as their representatives talk with the government about the future of the industry in the climate change era.

Poland derives over 70% of its electricity from burning hard and lignite coal, resulting in emissions of carbon dioxide, a climate-warming gas. Poland’s energy mix has long been the odd one out in the EU, which has now stepped up its efforts to cut emissions to become climate-neutral in 2050.

Brussels wants the bloc’s emissions to fall 55% in 2030, the European Commission’s President Ursula von der Leyen said earlier this month. That is a major increase in ambition as the previous reduction goal was just 40%.

The Polish government, trying to navigate the EU’s climate policy, has proposed that coal’s share in electricity generation will fall to 37-56% in 2030 and then to just 11-28% in 2040.

Miners flatly reject the plan, saying it will lead to the end of coal mining in Poland. They want job guarantees as well as making sure Polish power utilities buy their coal. Talks with the government are ongoing but, so far, there has been little progress, both sides admit.

There are some 8mn tonnes of unsold coal heaped in the Polish mines and several million at the power companies, which have seen demand for electricity fall during the coronavirus (COVID-19) pandemic. That is at least 25% of Poland’s coal consumption last year.

Utilities’ developing renewable sources of energy as well as general improvements in energy efficiency in companies and households have also hit demand for electricity and therefore for coal.

Miners plan a protest rally in Warsaw on October 2.

Anger trumps fear of pandemic in Poland after abortion is banned
The billionaires club, where the mega-wealthy go to meet each other
Poland expected to move closer to second lockdown next week