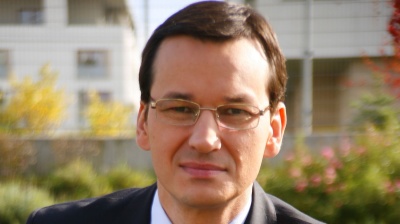 Poland’s Prime Minister Mateusz Morawiecki used his personal ties with a key figure of the country’s Catholic Church and town hall officials in Wroclaw for a huge business gain that he kept away from the public’s eye, the leading Polish newspaper Gazeta Wyborcza reported on May 20.

The revelation comes only a few days before the election to the European Parliament, which the fiercely anti-government newspaper hopes the ruling Law and Justice (PiS) will lose, giving the opposition momentum to carry on forward until the general vote in the autumn.

PiS has been leading in majority of polls ahead of the May 26 vote although in most cases the lead is within the limits of statistical error. With turnout expected to be low, even minor shifts in electoral preferences could tilt the vote’s outcome to either side of the heavily polarised political scene in Poland.

Gazeta Wyborcza alleged that in 2002 Morawiecki took advantage of friendship with Cardinal Henryk Gulbinowicz to buy land from the Wroclaw diocese that Gulbinowicz managed at the time.

The land’s market price was assessed at PLN4mn at the time. After the PM bought the land, it was zoned to enable construction of an important throughway as well as commercial real estate such as offices.

It is not clear why the Wroclaw diocese offloaded the land at such a discount to Morawiecki, then a board member of BZ WBK bank, which in 2011 became the Polish business of Spain’s Santander Group.

As the Wroclaw authorities plan to start building the throughway shortly, they will need to buy at least a portion of the land from the PM’s wife to carry out the investment.

In aftermath of the newspaper’s investigation, the PM’s wife Iwona Morawiecka said she would sell the land for the price at which it was originally purchased, adjusted for inflation, and donate the money to charity.

The entire land the Morawieckis own is currently worth around PLN70mn, Gazeta Wyborcza claims on the basis of a survey of local land prices.

Morawiecki and his wife also gave different accounts on how they learned about the investment opportunity in question, according to the newspaper. The PM said it was through Cardinal Gulbinowicz while his wife said – through the PM’s office that replied to the newspaper’s questions – it was through an acquaintance working in real estate business.

Through a lawyer, Morawiecki said that Gazeta Wyborcza’s investigation was a “manipulation” and that he would sue the newspaper.

“[The allegations] are worth a verification. But it seems to me that this verification will turn out falsification,” PiS’ chairman Jaroslaw Kaczynski told reporters.

The opposition seized upon an opportunity to use the newspaper’s publication to attack PiS, as the campaign is nearing its final days.

“[The newspaper’s investigation] shows the relationship of the Catholic Church and the authorities. We are determined to persuade Prime Minister Morawiecki to disclose full information about his as well as his wife’s assets, and how he came to own them,” Grzegorz Schetyna, the leader of the biggest opposition party, the Civic Platform, said.

The links to the Catholic Church have become cumbersome for PiS since the May 11 publication of a documentary film on cases of sexual abuse of children by the Catholic priests in Poland and how high-ranked members of the Polish Episcopate – including Cardinal Gulbinowicz – helped hush them.

The film has been viewed over 21mn times on YouTube since the premiere.

In the two latest polls, PiS has maintained a narrow lead over the European Coalition, a grouping of opposition parties led by the Civic Platform.