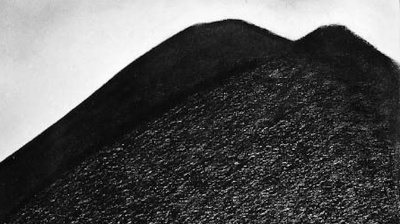 The diminishing role of coal is a problem for the Law and Justice (PiS) government, which says that coal will continue to play a fundamental role in the generation of electricity. But Warsaw is under pressure from the European Union to step up decarbonisation as part of the bloc’s climate policy. At the same time, trends on the domestic energy market also create an uphill struggle for Poland’s coal industry.

Poland’s Deputy State Assets Minister Adam Gawęda announced the plan on January 17 after data showed Polish mines keep accumulating unsold coal. At the end of November, there were 4.5mn tonnes of coal stockpiled at Polish mines, more than double the amount in November 2018, according to specialist website wysokienapiecie.pl.

“The ministry has taken actions aimed at unblocking the stocks at all mines,” Gawęda told a press conference.

Weak sales came on the back of a combination of unfavourable factors such as growing prices of domestically produced coal, a mild winter, and falling production of electricity in general.

In effect, coal was responsible for production of 75% of electricity in Poland last year, a reduction of 4pp. The role of coal in Poland’s energy mix dropped as production from hydropower installations, as well as gas power plants and wind parks, each increased by double-digit figures.

Meanwhile, consumption of electricity dropped just 0.9% last year to 169.4 TWh, with the difference between production and consumption covered by imports, which increased 85.8% in 2019.

Struggling Polish coal mines appear on track to a very weak 2019, financially. Data compiled by wysokienapiecie.pl showed that the sector barely made a profit in the first half of last year, posting a net gain of just PLN 38mn (€9mn). In 2018, the sector’s net profit came in at PLN 900mn.

Polish mining unions attacked the government in early January for not taking action on stockpiled coal while allowing imports of the commodity from Russia to flood the market.

“Poland has its own coal. The expansion of Russian coal is possible because it is subsidised as Russia is not bound by any restrictions that are binding in the EU. [Russian President] Vladimir Putin can subsidise coal as he sees fit and as the interests of him and the Russian oligarchs associated with the Kremlin require. Russian coal is not burdened with crazy EU climate policy, which is finishing off Polish mines,” the Sierpień 80 (August 80) trade union wrote in a statement on January 9.

"The situation raises legitimate concerns among miners, who are ready to block border crossings to protect their jobs and prevent the mass import of foreign coal," the trade union said.